The Art of the Blues - by Bill Dahl (Hardcover) 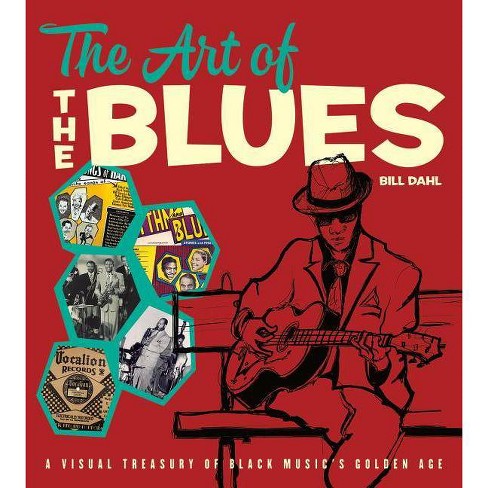 $35.49
0 out of 5 stars with 0 reviews
be the first!be the first! ratings
Shipping
Not available
Help us improve this page

This stunning book charts the rich history of the blues, through the dazzling array of posters, album covers, and advertisements that have shaped its identity over the past hundred years. The blues have been one of the most ubiquitous but diverse elements of American popular music at large, and the visual art associated with this unique sound has been just as varied and dynamic. There is no better guide to this fascinating graphical world than Bill Dahl--a longtime music journalist and historian who has written liner notes for countless reissues of classic blues, soul, R&B, and rock albums. With his deep knowledge and incisive commentary--complementing more than three hundred and fifty lavishly reproduced images--the history of the blues comes musically and visually to life. What will astonish readers who thumb through these pages is the amazing range of ways that the blues have been represented--whether via album covers, posters, flyers, 78 rpm labels, advertising, or other promotional materials. We see the blues as it was first visually captured in the highly colorful sheet music covers of the early twentieth century. We see striking and hard-to-find label designs from labels big (Columbia) and small (Rhumboogie). We see William Alexander's humorous artwork on postwar Miltone Records; the cherished ephemera of concert and movie posters; and Chess Records' iconic early albums designed by Don Bronstein, which would set a new standard for modern album cover design. What these images collectively portray is the evolution of a distinctively American art form. And they do so in the richest way imaginable. The result is a sumptuous book, a visual treasury as alive in spirit as the music it so vibrantly captures.
If the item details above aren’t accurate or complete, we want to know about it. Report incorrect product info.