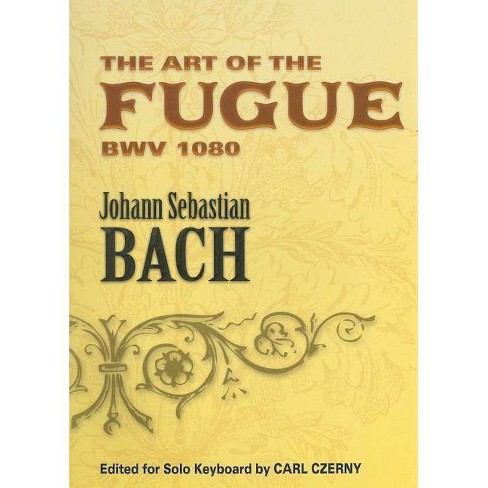 Uniquely complex in form and structure, Bach's counterpoint masterpiece represents a pinnacle of Western music. This edition was edited by Czerny, whose ï¿½tudes remain staples of modern piano training.

Uniquely complex in both form and structure, this work by J. S. Bach is regarded as a pinnacle of Western music. No composer possessed a greater understanding of the workings of counterpoint than Bach. In The Art of the Fugue, he summarizes counterpoint's entire known potential by using a very simple theme in the most complex possible ways.
This work proved to be Bach's last, and the composer left the nature of its instrumentation undocumented. Despite numerous popular interpretations -- including harpsichord, organ, string quartet, and orchestra -- speculation persists that Bach intended it purely as an elaborate intellectual exercise. C. P. E. Bach declared its primary value as that of a teaching aid and a guide to composition. This solo keyboard edition was edited by Carl Czerny, a student of Beethoven and teacher of Liszt, who wrote hundreds of piano ï¿½tudes that remain staples of piano training today. Modern pianists will find Czerny's edition of this classic a source of unfailing variety and limitless imagination.

Johann Sebastian Bach (1685-1750) was a prolific German composer and organist whose sacred and secular works for choir, orchestra, and solo instruments exemplify the heart and soul of the Baroque period. A revival of interest and performances of his music began early in the 19th century and continue to this day. He is now widely considered to be one of the greatest composers in the Western tradition.
If the item details above aren’t accurate or complete, we want to know about it. Report incorrect product info.