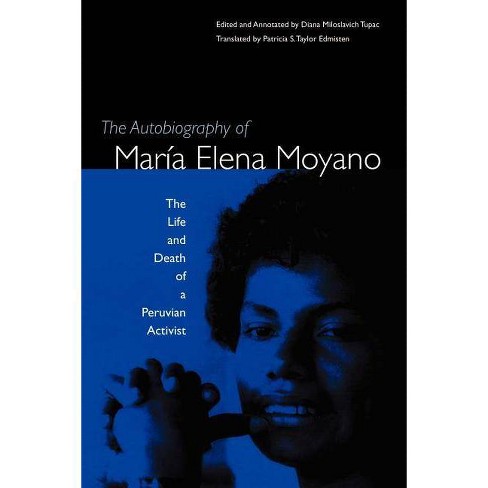 Using Marï¿½a Elena Moyano's own words, the editor of this poignant story has re-created the voice of the martyred Peruvian activist.

In 1992, at age 33, Moyano was assassinated by guerrillas of the revolutionary movement Sendero Luminoso (Shining Path). Her murder--a warning to others in the women's movement--galvanized the Peruvian people against Sendero Luminoso and its leader, Abimael Guzmï¿½n Reynosa.

In part 1 of this work, Moyano traces the struggle of poor women in Peru and how they developed survival organizations such as the Vaso de Leche (Glass of Milk) and the communal kitchen feeding program to cope with poverty made worse by government austerity adjustments. Like other women, Moyano honed her leadership skills in these programs. She condemned the terrorist tactics of Sendero Luminoso and publicly proclaimed that they were not on the side of the poor. She also condemned the human rights abuses of the military and police.

In part 2, Moyano relates the hardships of her impoverished childhood and describes the difficulties of achieving an education. She speaks also of her marriage and of childbirth, of the discrimination she faced, and of her gradual and steady rise to positions of authority within the popular women's movement and as deputy mayor and spokesperson for the 300,000 people of Villa El Salvador, a Lima barrio.

As a woman of color, Moyano led a revolution of conscience within a larger revolution. Through this gracefully translated book, her voice continues to speak for all women who refuse to relinquish the struggle for dignity, freedom, and equal political participation.

All royalties from this book will go to the Flora Tristï¿½n Center for the Peruvian Woman.

Diana Miloslavish Tupac studied literature at the National University of San Marcos in Lima. She went to Mexico to participate in a study on ethnic minorities and human rights, and there she became a member of the Mexican Solidarity Committee for Guatemalan refugees. Upon her return to Peru, she rejoined the Flora Tristï¿½n Center for the Peruvian Woman.

Patricia S. Taylor Edmisten is an independent scholar and retired professor of the sociological foundations of education at the University of West Florida. She has worked in Peru as a Peace Corps volunteer and as a consultant for the United Nations and is the author of Nicaragua Divided: La Prensa and the Chamorro Legacy (UPF, 1990).