The Axeman of New Orleans - by Miriam C Davis (Paperback) 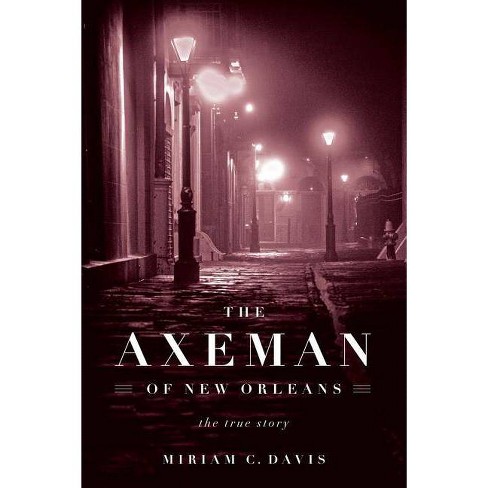 From 1910 to 1919, New Orleans suffered at the hands of a serial killer. The story has been the subject of short stories, novels, and the television series American Horror Story. But the full story of gruesome murders, accused innocents, public panic, the New Orleans Mafia, and a mysterious killer has never been written--until now. The Axeman broke into the homes of Italian grocers in the dead of night, leaving his victims in a pool of blood. Iorlando Jordano and his son Frank were wrongly accused of one of those murders; corrupt officials convicted them with coerced testimony. Miriam C. Davis here expertly tells the story of the search for the Axeman and of the exoneration of the Jordanos. She proves that the person suspected of being the Axeman was not the killer--and that the Axeman continued killing after leaving New Orleans in 1919.

"Fantastically detailed, thoroughly documented, frightening and fascinating. Ms. Davis's account of the Axeman is likely to be the final word on the subject." --Keven McQueen, author of Gothic and Strange True Tales of the South

Miriam C. Davis has a PhD in history and is the author of Dame Kathleen Kenyon, a life of the most important female archeologist of the twentieth century. She lectures for Smithsonian Journeys and lives in Montgomery, Alabama.
If the item details above aren’t accurate or complete, we want to know about it. Report incorrect product info.