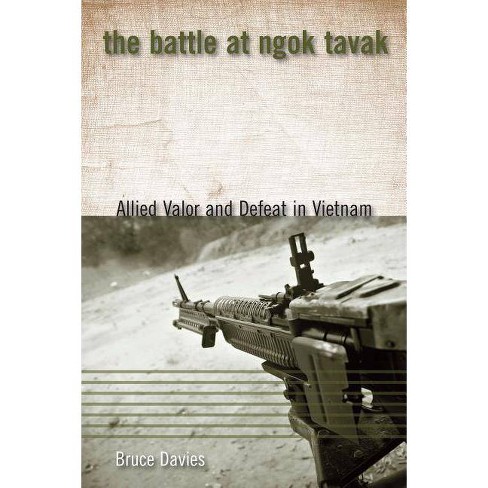 In May 1968, in the western jungle of Vietnam near Laos, a Special Forces Company under the command of an Australian army captain, supported by a U.S. Marine artillery detachment, occupied an old French fort on a hill known as Ngok Tavak.

Though the ensuing battle and subsequent retreat appeared relatively insignificant, they proved to have much wider implications. Nearly every major force in South Vietnam--the ARVN, CIDG forces, Australian forces, U.S. Army advisors, U.S. Marines, the North Vietnamese and the Viet Cong--was involved, and the battle's bloody ending came to stand as a microcosm of what went wrong in the war. In its wake Ngok Tavak left issues that cried out for resolution for decades afterwards. Some American bodies were left where they had fallen during the battle, and another American, the nephew of Katharine Hepburn, went missing.

After speaking extensively with battle survivors and American soldiers' loved ones, and searching through accounts from official reports that included Vietnamese documents, eyewitness statements, and war diaries, Bruce Davies pieces together the evidence that puts Ngok Tavak in its larger context and helps address questions that still haunt those involved.