The Battle of the Atlantic - by Jonathan Dimbleby (Paperback) 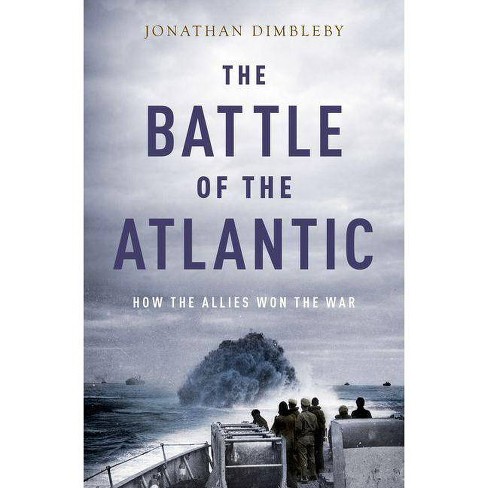 "Dimbleby makes a convincing case that of all the campaigns of WWII, the struggle for dominance over the North Atlantic was the most important...The history of the battle for the Atlantic is well documented, but Dimbleby's work, with its emphasis on the strategic importance of the battle, is an excellent addition to the story, and expert historians as well as general readers can enjoy this effort."--Publishers Weekly

"Recent historians...emphasize that the Allied supply line was never seriously in jeopardy, but Dimbleby sticks to the traditional cliffhanger version, delivering a gripping history overflowing with anecdotes and enough calamity, misery, explosions, and individual valor for a Hollywood disaster epic."--Kirkus Starred Review

"This is an exceptionally vivid account of one of the critical campaigns of the Second World War by a masterly writer."--Max Hastings

"Winston Churchill famously described the Battle of the Atlantic as 'a war of groping and drowning, a war of ambuscade and stratagem, a war of science and seamanship' and no book depicts all of those myriad aspects better than Jonathan Dimbleby's majestic overview. His judgments can sometimes be harsh and are bound to be controversial, but they are backed up with wide reading, diligent scholarship and cogent argument. This is a truly gripping account of a campaign that the author rightly puts epicentral to the Allied victory in the Second World War."--Andrew Roberts, author of Masters and Commanders

"A gripping read and a great contribution to the history of the Second World War. The author realizes his immense ambition of bringing out the human aspects of the drama at every level, from the heads of state to the crews in the Atlantic, while also bringing important nuances to received views on the struggle against the U-boats, and, indeed, on Churchill's war leadership. An epic account."--Peter Padfield, author of War Beneath the Sea: Submarine Conflict 1939-1945, and biographies of Dï¿½nitz, Himmler and Hess\

"The epic Battle of the Atlantic can only really be understood when set against the strategic context of the time. Jonathan Dimbleby's highly engaging history does this by combining gripping accounts of the tactics and operational fortunes of the Germans and the Allies in the bitterest of battles with an authoritative review of strategic thinking."--Professor Geoff Till, author of The Development of British Naval Thinking