The Beast in the Garden - by David Baron (Paperback) 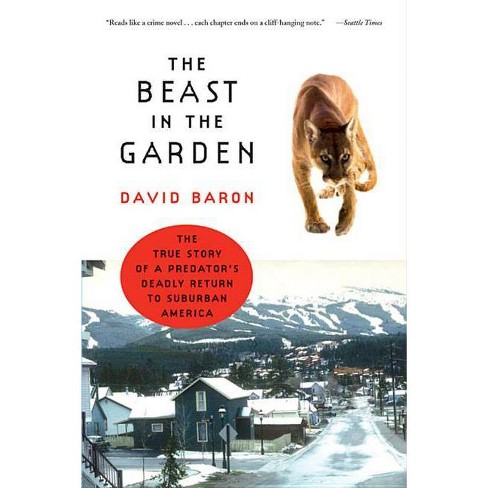 In a riveting environmental fable that recalls Peter Benchley's thriller "Jaws," a journalist traces the return of the mountain lion to Colorado and chronicles Boulder's effort to coexist with its new neighbors.

When residents of Boulder, Colorado, suddenly began to see mountain lions in their backyards, it became clear that the cats had returned after decades of bounty hunting had driven them far from human settlement. In a riveting environmental tale that has received huge national attention, journalist David Baron traces the history of the mountain lion and chronicles one town's tragic effort to coexist with its new neighbors. As thought-provoking as it is harrowing, The Beast in the Garden is a tale of nature corrupted, the clash between civilization and wildness, and the artificiality of the modern American landscape. It is, ultimately, a book about the future of our nation, where suburban sprawl and wildlife-protection laws are pushing people and wild animals into uncomfortable, sometimes deadly proximity.

"Reads like a crime novel...each chapter ends on a cliff-hanging note."
If the item details above aren’t accurate or complete, we want to know about it. Report incorrect product info.