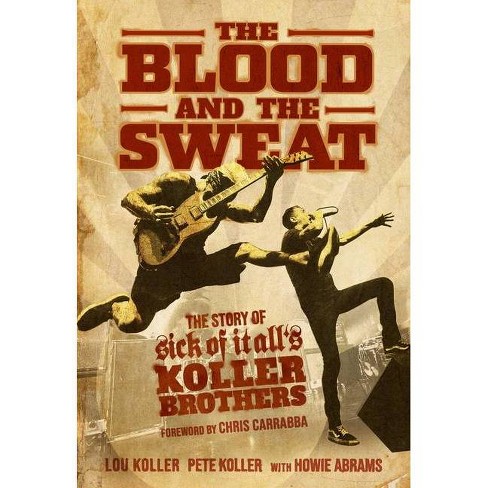 $22.00
new at target¬
no reviews yet
be the first!be the first! ratings
Release Date: coming soon!
Preorder for
Edit zip
Ships by release date with free standard shipping using RedCard
Help us improve this page

When it comes to New York City hardcore, its community proudly boasts Lou and Pete Koller--brothers who have dominated the scene worldwide since 1986 with the aurally devastating Sick of It All as their vehicle. For Flushing, Queens natives Lou and Pete Koller, hardcore has become a lifestyle as well as an unlikely career. From the moment these siblings began applying their abilities to punk's angrier, grimier sub-genre, they quickly became fifty percent of one of the most intense and compelling quartets to ever claim the movement--the legendary New York hardcore band, Sick of it All. Contrary to popular belief, Lou and Pete are proof positive that you don't need to have lived a street life, or come from a fractured, chaotic home in order to produce world-class hardcore. If Agnostic Front are the godfathers of New York hardcore, then vocalist Lou and guitarist Pete are its grand masters. The Blood and the Sweat is the no-holds-barred autobiography of two brothers who have never wavered, as well as an unrelenting depiction of the American dream, and the drive and determination required to live it--regardless of whatever obstacles appear before you. Featuring commentary from family, friends, bandmates past and present, and their peers, including Gary Holt (Exodus, Slayer), Kurt Brecht (D.R.I.), Barney Greenway (Napalm Death), and more...
If the item details above aren’t accurate or complete, we want to know about it. Report incorrect product info.