The Book of Ephraim - by James Merrill (Paperback) 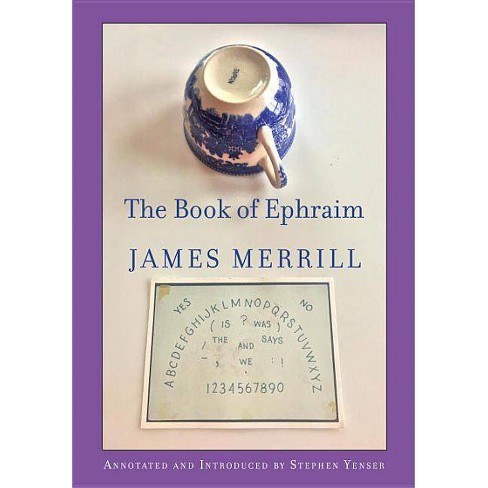 "A work of remarkable range . . . Like no other poem in the English Language . . . The Book of Ephraim is a profound piece of occult narrative and chance compositional practices, overlaid with the virtuosity and penetrating wit Merrill was known for. . . . [Ready] to be discovered by a new generation of readers." --Meghan O'Rourke, Vulture "The very best of the poetry of James Merrill . . . brilliantly annotated and introduced. . . . No other critic of James Merrill could have annotated this poem with such elegance and attentiveness, erudition and love . . . Thorough without being exhaustive; suggestive rather than definitive; a beginning of new explorations . . . Yenser generously allows for a multiplicity of meanings, rarely forcing a particular reading and at all times refusing to limit the complexity and capaciousness of Merrill's linguistic imagination and the inventiveness of his wordplay. He unravels intricate etymologies and draws connections between themes and theories from section to section of the poem, opening up the possibilities of Merrill's poem to readers rather than closing them down. . . One of the greatest of Merrill's literary achievements in his lifetime, [The Book of Ephraim] is also one of the great American long poems of the last century. Stephen Yenser's new annotated edition of the poem preserves and extends that legacy to ours." --Richie Hoffman, Los Angeles Review of Books "Fascinating . . . Expansive . . . A compelling appreciation, orientation, and grotto of unexpected facts. . . . Yenser has a light touch: he leaves space for readers to form their own ideas about the poem's concerns, digressions, and connections. [His] references both help one get one's bearings, and help make one aware of the poem's vivid 'tribute to the convergence of means and meaning' . . . An absorbing, lively contribution." --Calista McRae, The Kenyon Review
If the item details above aren’t accurate or complete, we want to know about it. Report incorrect product info.