The Borderland Between Worlds - by Ayesha F Hamid (Paperback) 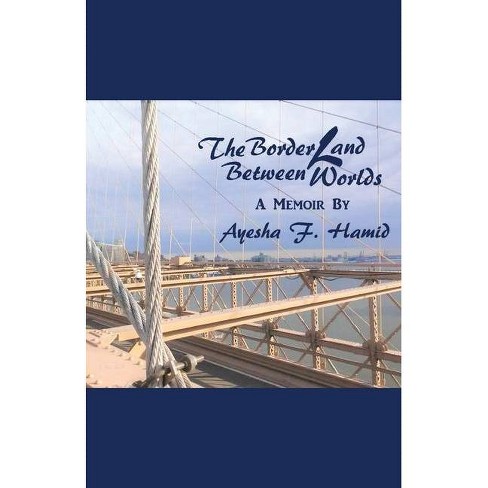 "The Borderland Between Worlds is the compelling story about a Pakistani-American woman trying to live in two worlds but not quite belonging to either. Ayesha F. Hamid's deep desire to belong is complicated by schoolmates who bullied her as well as her parents' fear for her safety in a new country. Ayesha's journey is filled with obstacles and contradictions. This is an important story, especially in these times, for better understanding the struggle that is the immigrant experience."
-- Tori Bond, author of Familyism

"This memoir shows the classic struggle that all children of immigrants face when assimilating to American culture. Ayesha deals with opposition, from all sides, when she tries to assert her identity. The Borderland Between Worlds is an essential read for anyone wanting to learn more about the South Asian immigrant experience."
-- Lena Van, event director at Philadelphia Stories

"Ayesha F. Hamid beautifully captures the dual-faceted story of a Pakistani immigrant trying to belong in the United States as well as the classic coming-of-age story in her debut memoir, The Borderland Between Worlds. Though her family could have lived comfortably in the upper class of their home country, they set out to build a new life in America. After a few difficult years, Ayesha sets out to live her dreams, facing fears and a variety of challenges along the way. I found myself, as a first-generation American and woman, cheering her on through every chapter and empathizing with her struggle of always having to decide between South Asian and American ways."
-- Elaine Paliatsas-Haughey, founder of the Scars and Tattoos Project