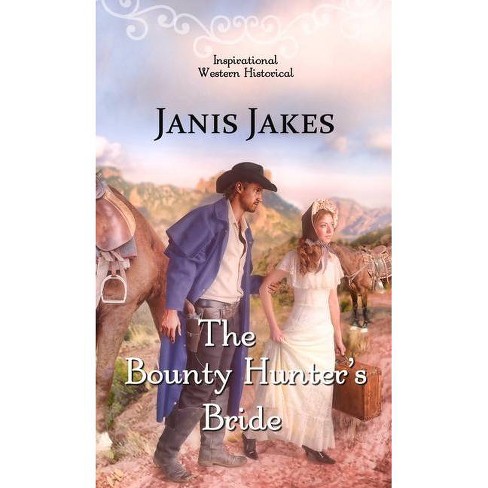 Bounty hunter Luke Lancaster brings the best of both worlds to his work--the tracking skills of his Comanche father and the marksmanship he learned from his missionary grandfather. When Luke is hired to track down a young man wanted for murder, he assumes it's a routine capture, but he's taken on a wild ride when he discovers that the accused is actually an innocent school teacher who knows too much for her own good. Determined to uncover the truth, Luke sets out to keep himself and Billie alive while bringing the real outlaws to justice. As they race across Texas, Luke falls more in love with Billie. But could a schoolteacher ever want a half-Comanche bounty hunter? Does he stand a chance? Or, is he just her ride to freedom?

A forever Texan, Janis Jakes resides on several acres near San Angelo with her husband, youngest daughter, two dogs, and the most beautiful sunsets ever. She writes freelance articles and manages the Sister Soldiers in Christ social media platform with 85,000 followers. Together, she and her husband have five more grown children and a passel of grandchildren.
If the item details above aren’t accurate or complete, we want to know about it. Report incorrect product info.