The Boy Who Couldn't Speak, Yet - (Jordan's World) by Jordan Christian Levan 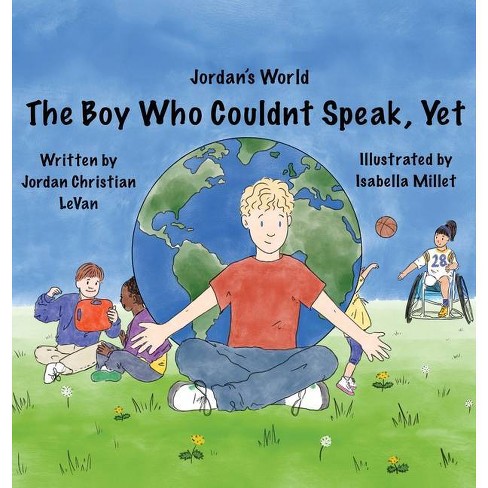 Jordan's World was full of love, acceptance, and inclusion. However, Jordan would soon find out the outside world didn't match his inside world. Jordan's World is a non-fictional children's book series.

Jordan was a boy in elementary school who couldn't speak yet, so he was trapped inside his brain in Jordan's World. Jordan has Verbal Apraxia, also known as Childhood Apraxia of Speech, a neurological speech disorder. He knows what he wants to say, but his words don't always come out.

Jordan goes through elementary school not knowing why kids ask him all sorts of questions. He goes to his mom, and his mom is his comforter. The way Jordan is being treated can't be ignored. So, his mom takes action with the school. Jordan's mom teaches him and others that being different is okay.

Jordan later comes to a point in his life of self-love and radical self-acceptance. He acknowledges being different isn't a bad thing. After all, we are all made in our own original way. Jordan's journey has just begun.