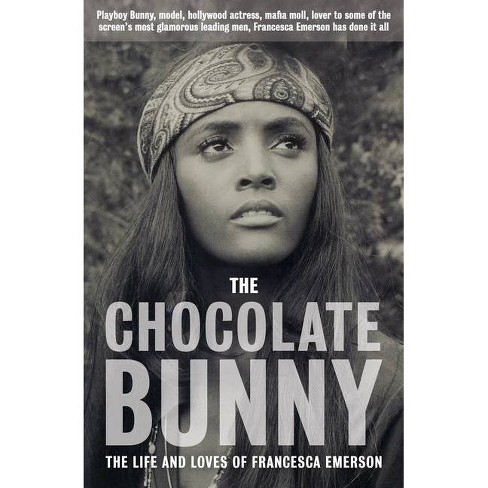 Mother to three children, wife to three husbands, and in these reflective years of her life, sculptress, Black Activist and writer. Franny Emerson has done it all. Born into poverty, lost her mother when she was barely five, married her first husband when she was still at school just to get out of the stultifying home in which she was living, and grew up into one of black America's most beautiful sweethearts.

Now, for the first time, in this tell-all book in which Francesca holds nothing back, you'll read of what happened in Hollywood when the lights went out, and stars like Michael Douglas, Warren Beatty, Jack Lemmon and many others really got up to.

What an amazing life it really was like as a Playboy Bunny; and Francesca will tell you the inside stories of how a girl from Harlem grew up to be the lover of some of the most famous men in the world, a gangster's moll, and holding the Oscar at the Award Ceremony for one of the greatest movie directors of all time.

The Chocolate Bunny is the funniest, sharpest and most revealing book ever written about what happens when the movie comes to an end, and real life begins.

Read this autobiography, and Hollywood will never seem the same again.