The City of Dusk - (Dark Gods) by Tara Sim (Paperback) 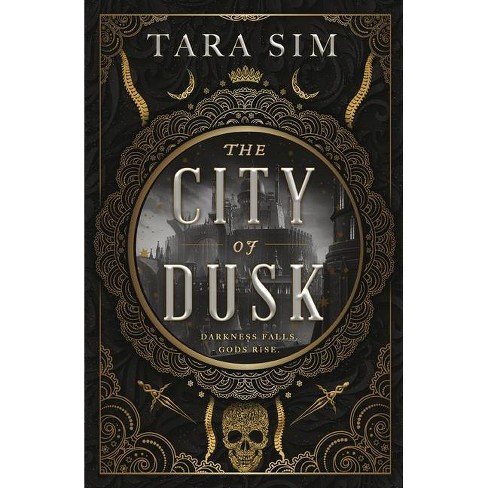 Extras includes an excerpt from The mask of mirrors.

Set in a gorgeous world of bone and shadow magic, of vengeful gods and defiant chosen ones, The City of Dusk follows the four heirs of four noble houses--each gifted with a divine power--as they form a tenuous alliance to keep their kingdom from descending into a realm-shattering war. The Four Realms--Life, Death, Light, and Darkness--all converge on the City of Dusk. For each realm there is a god, and for each god there is an heir. But the gods have withdrawn their favor from the once vibrant and thriving metropolis. And without it, all the realms are dying. Unwilling to stand by and watch the destruction, the four heirs--Angelica, an elementalist with her eyes set on the throne; Risha, a necromancer fighting to keep the peace; Nikolas, a soldier who struggles to see the light; and Taesia, a shadow-wielding rogue with a reckless heart--will become reluctant allies in the quest to save their city. But their rebellion will cost them dearly.

Tara Sim is the author of TheCity of Dusk (Orbit), as well as the Scavenge the Stars duology (Little, Brown) and the Timekeeper trilogy (Sky Pony Press). She can often be found in the wilds of the Bay Area, California. When she's not writing about magic, murder, and mayhem, Tara spends her time drinking tea, wrangling cats, and lurking in bookstores.
If the item details above aren’t accurate or complete, we want to know about it. Report incorrect product info.