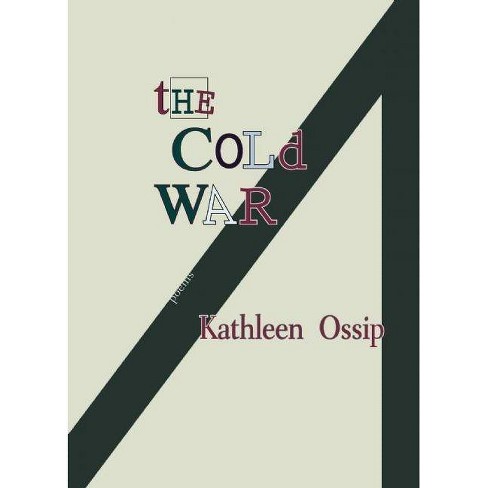 $13.29
0 out of 5 stars with 0 reviews
be the first!be the first! ratings
Shipping
Free standard shipping with RedCard
Help us improve this page

Ossip's long-awaited second book is a surprising poetic powerhouse that interweaves the personal and the political in ways that are as aesthetically exciting as they are emotionally rich. The book opens with a jumpy ode on melancholy that takes off, as two of the best of these poems do, from a hefty quote from a weighty book (in this poem's case Karl Menninger's The Human Mind) and the words "In those days" "Melancholia, we cherished," writes Ossip, and, later, "The intellect's/ a pissy thing, a fortress." Here and elsewhere, Ossip deftly mixes linguistic registers in poems that blend aspects of confessional writing, social and literary criticism, and history. The book's centerpiece is the traumatized, post-9/11 "Document," a long series of sentences and fragments that attempt to manage an unshakable feeling of danger: "Put space between you and the attack. Oh fruity word!" Or the centerpiece might be the essay/ poetic sequence/ tribute called "The Nervousness of Yvor Winters," which takes off from Winters's life and work to finally ask the question, "Do we want to understand poems, or do we want poems that understand us?" The book gains other dimensions from further sequences and prose fables, such as "The Deer Path," in which "One deer sped by in a small, trucklike vehicle and shouted ******! at me through the open window in an unmistakably cruel way." Ossip is about to take the poetry world off guard with what is surely among the most various, powerful, and representative (of post-terror America) poetry collections of the past few years. (May)
--Publishers Weekly, starred review "Ossip's pieces invite our understanding, while her refusal to make wholes defies it; that defiance, too, belongs to our time."
--Stephen Burt, The Nation Ms. Ossip conjures delightful and unexpected muses in this socio-poetical exploration of post-World War II America, taking as her starting points Karl A. Menninger, who wrote "The Human Mind"; Vance Packard, author of "The Status Seekers"; and that scalawag of orgone energy, Wilhelm Reich. In this shrewd and ambitious work Ms. Ossip participates in a very old-fashioned sport, parsing the American mind through the filter of cold war paranoia.
--Dana Jennings, The New York Times "A book of impressive breadth, The Cold War, for all its sprawling forms and unexpected source texts and materials, also communicates the poet's emotional relationship to her country and her art."
--American Poet Ossip's book is a rebuke to the idea that politics and the personal can't be fruitfully combined in poetry.
--Anis Shivani, Huffington Post
If the item details above aren’t accurate or complete, we want to know about it. Report incorrect product info.