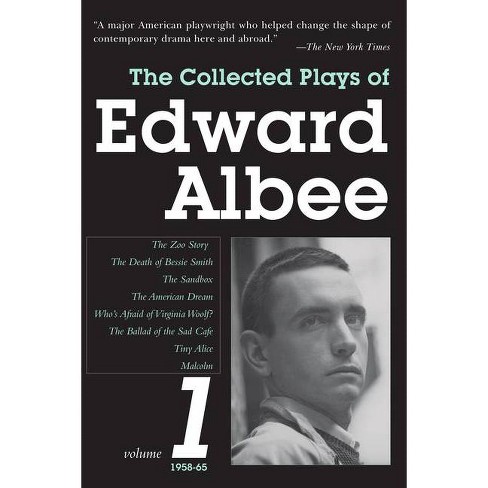 The first volume of this three-volume collection contains the eight plays written by Albee during his early years as a playwright, from 1958 through 1965.

These range from the four brilliant one-act plays with which he exploded on the New York theater scene The Zoo Story, The Death of Bessie Smith, The Sandbox, and The American Dream to his early masterpiece, Who's Afraid of Virginia Woolf Also included are two adaptations from notable American novels The Ballad of the Sad Café and Malcolm and Albee's mysteriously fascinating Tiny Alice. This book represents one of the most exciting and bold periods in the career of one of America's most popular and imaginative playwrights.

Edward Albee, the American dramatist, was born in 1928. He has written and directed some of the best plays in contemporary American theatre and three of his plays: A Delicate Balance, Seascape and Three Tall Women have received Pulitzer Prizes. His most famous play, Who's Afraid of Virginia Woolf? won the New York Drama Critics Circle Award for Best Play. His other plays include The Zoo Story, The Death of Bessie Smith, The Sandbox, The American Dream, Tiny Alice, All Over, Listening, The Lady from Dubuque, The Man Who Had Three Arms, Finding the Sun, Fragments, Marriage Play and The Lorca Play.
If the item details above aren’t accurate or complete, we want to know about it. Report incorrect product info.