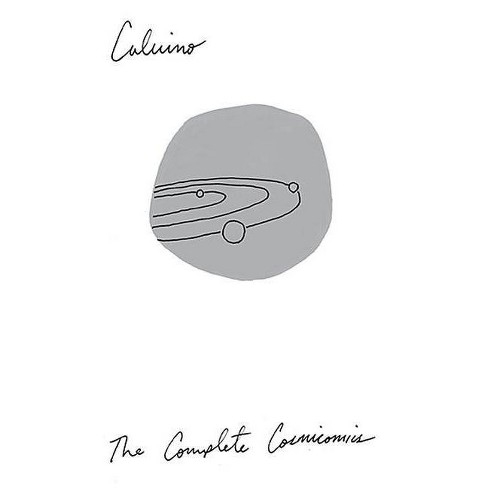 $15.95
no reviews yet
be the first!be the first! ratings
Shipping
Free standard shipping with RedCard
Loading, please wait...
Help us improve this page

We were peering into this darkness, criss-crossed with voices, when the change took place: the only real, great change I ve ever happened to witness, and compared to it the rest is nothing. from The Complete Cosmicomics

Italo Calvino s beloved cosmicomics cross planets and traverse galaxies, speed up time or slow it down to the particles of an instant. Through the eyes of an ageless guide named Qfwfq, Calvino explores natural phenomena and tells the story of the origins of the universe. Poignant, fantastical, and wise, these thirty-four dazzling stories collected here in one definitive anthology relate complex scientific and mathematical concepts to our everyday world. They are an indelible (and unfailingly delightful) literary achievement.

Nimble and often hilarious . . . Trying to describe such a diverse and entertaining mix, I have to admit, just as Calvino does so often, that my words fail here, too. There s no way I or anyone, really can muster enough of them to quite capture the magic of these stories . . . Read this book, please. Colin Dwyer, NPR

Italo Calvino (1923 1985) attained worldwide renown as one of the twentieth century s greatest storytellers. Born in Cuba, he was raised in San Remo, Italy, and later lived in Turin, Paris, Rome, and elsewhere. Among his many works are the novels If on a winter s night a traveler and The Baron in the Trees, as well as numerous collections of fiction, folktales, criticism, and essays. His work has been translated into dozens of languages.


"
If the item details above aren’t accurate or complete, we want to know about it. Report incorrect product info.