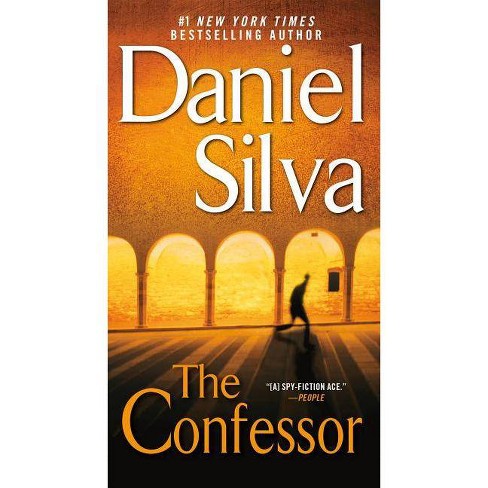 $6.39
MSRP$9.99
undefined out of 5 stars with 0 reviews
be the first!be the first! ratings
Help us improve this page

Silva's "New York Times" bestseller--called "a shrewd, timely thriller that opens the heart of the Vatican" by the "Chicago Tribune"--follows Mossad agent Gabriel Allon to the Vatican as the new Pope vows to uncover the truth about the church's response to the Holocaust.

Dark secrets are revealed in Vatican City in this Gabriel Allon thriller from #1 New York Times bestselling author Daniel Silva. In Munich, a Jewish scholar is assassinated. In Venice, Mossad agent and art restorer Gabriel Allon receives the news, puts down his brushes, and leaves immediately. And at the Vatican, the new pope vows to uncover the truth about the church's response to the Holocaust--while a powerful cardinal plots his next move. Now, as Allon follows a trail of secrets and unthinkable deeds, the lives of millions are changed forever--and the life of one man becomes expendable...

Praise for Daniel Silva and The Confessor "A shrewd, timely thriller that opens the heart of the Vatican."--Chicago Tribune "Daniel Silva has now indisputably joined the ranks of Graham Greene and John Le Carré."--The Washingtonian "Utterly compelling...uncommonly intelligent."--Booklist (starred review) "Accomplished...elegantly written...a compelling piece of fiction, one that manages to be both superior entertainment and a hard look at serious issues."--The Washington Post "Provocative historical revelations will keep readers enthralled."--Publishers Weekly

Daniel Silva is the #1 New York Times bestselling author of The Unlikely Spy, The Mark of the Assassin, The Marching Season, and the Gabriel Allon series, including The Kill Artist, The English Assassin, The Confessor, A Death in Vienna, Prince of Fire, The Messenger, The Secret Servant, Moscow Rules, The Defector, The Rembrandt Affair, Portrait of a Spy, The Fallen Angel, The English Girl, The Heist, The English Spy, The Black Widow, and House of Spies. His books are published in more than thirty countries and are bestsellers around the world.
If the item details above aren’t accurate or complete, we want to know about it. Report incorrect product info.