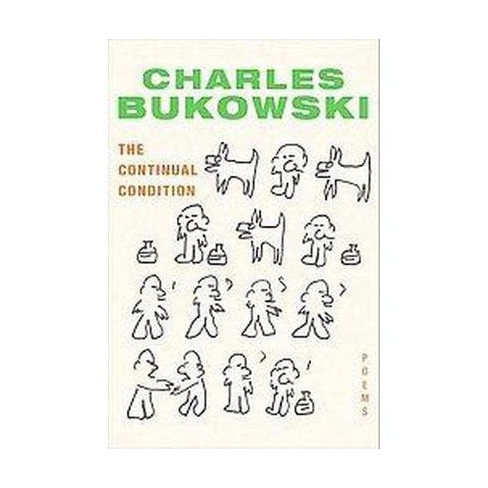 From one of America's most influential poets comes this collection of his never-before-published works.

"The Walt Whitman of Los Angeles."--Joyce Carol Oates "He brought everybody down to earth, even the angels."--Leonard Cohen, songwriter Arguably the most imitated and influential American poet of the previous half-century, Charles Bukowski remains a counter-culture icon more than a decade after his death. The Continual Condition is a collection of never-before-published poems by the inimitable Bukowski--raw, tough, odes to alcohol, women, work, and despair by a rebel author equally adept at poetry and prose. Charles Bukowski lives on in The Continual Condition, a godsend for admirers of his previous collections Slouching Toward Nirvana, The Pleasures of the Damned, and Love is a Dog From Hell, as well as his novels Factotum, Ham on Rye, and Pulp.

In the literary pantheon, Charles Bukowski remains a counterculture luminary. A hard-drinking wild man of literature and a stubborn outsider to the poetry world, he has struck a chord with generations of readers, writing raw, tough poetry about booze, work, and women in an authentic voice that is, like the work of the Beats, iconoclastic and even dangerous.