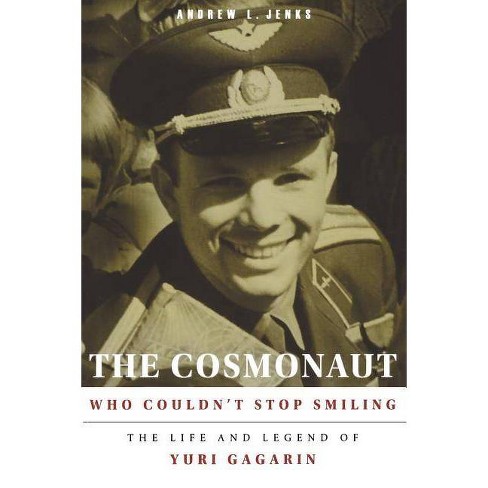 \u201cLet's go!\u201d With that, the boyish, grinning Yuri Gagarin launched into space on April 12, 1961, becoming the first human being to exit Earth's orbit. The twenty-seven-year-old lieutenant colonel departed for the stars from within the shadowy world of the Soviet military-industrial complex. Barbed wires, no-entry placards, armed guards, false identities, mendacious maps, and a myriad of secret signs had hidden Gagarin from prying outsiders--not even his friends or family knew what he had been up to. Coming less than four years after the Russians launched Sputnik into orbit, Gagarin's voyage was cause for another round of capitalist shock and Soviet rejoicing. The Cosmonaut Who Couldn't Stop Smiling relates this twentieth-century icon's remarkable life while exploring the fascinating world of Soviet culture. Gagarin's flight brought him massive international fame--in the early 1960s, he was possibly the most photographed person in the world, flashing his trademark smile while rubbing elbows with the varied likes of Nehru, Castro, Queen Elizabeth II, and Italian sex symbol Gina Lollobrigida. Outside of the spotlight, Andrew L. Jenks reveals, his tragic and mysterious death in a jet crash became fodder for morality tales and conspiracy theories in his home country, and, long after his demise, his life continues to provide grist for the Russian popular-culture mill. This is the story of a legend, both the official one and the one of myth, which reflected the fantasies, perversions, hopes and dreams of Gagarin's fellow Russians. With this rich, lively chronicle of Gagarin's life and times, Jenks recreates the elaborately secretive world of space-age Russia while providing insights into Soviet history that will captivate a range of readers.