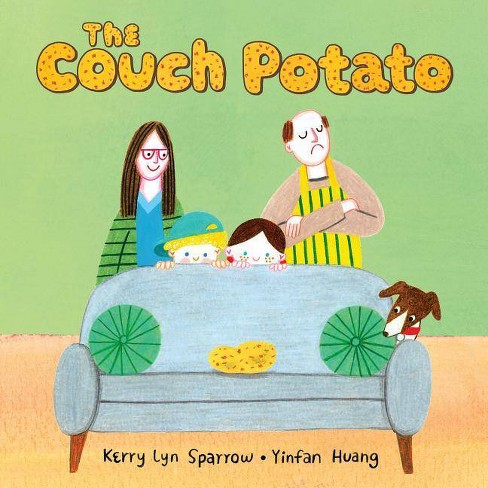 "When Mr. Russet finds a large, lumpy potato on the couch he is outraged and begins a potato protest, refusing to do any more tidying up. Other family members see the spud differently, playing with it, dressing it up, and even giving the potato its own cushion on the couch. As the house gets messier and messier, Mr. Russet can't take it any longer. He picks up the potato, tidies up and then serves his family a most surprising supper..."--

Mr. Russet is the first to spot it. It's right in the middle of the couch. A potato. It doesn't belong there, yet there it is. And he's had enough. "Every day I pick up this, I pick up that, I pick up everything!" Mr. Russet exclaims. "I will not pick up that potato!" And he doesn't. In fact, he decides to take a stand and not pick up anything else either! But as the days pass, Mrs. Russet and the two Russet children don't seem to mind the potato in the living room. Or the mess growing all around them. What's a potato protestor to do?In Kerry Lyn Sparrow's funny picture book story, readers are likely to see parallels to their own families and how they handle household chores. The short, simple text and quirky story make for a fun read-aloud. Yinfan Huang's lively, childlike, colorful art conveys the same droll humor as the text. This book offers a good lead-in to discussions about roles and responsibilities within a family and respecting one another's feelings, particularly in the way that people can look at the same thing and see it from different perspectives. It can also be used for character education lessons on adaptability and tolerance.

Written in deadpan humour, The Couch Potato is a hilarious look at family life that everyone can relate to.--CM Magazine

Kerry Lyn Sparrow is an elementary school teacher and the author of the picture book Sleep, Sheep! Kerry lives on a farm in Antrim, Ontario, with her husband, their two sons and their dog, Lily.

Yinfan Huang lives in New York City, where she creates editorial illustrations, pens her own comics and crafts handmade ceramics. The Couch Potato is her first English-language picture book.