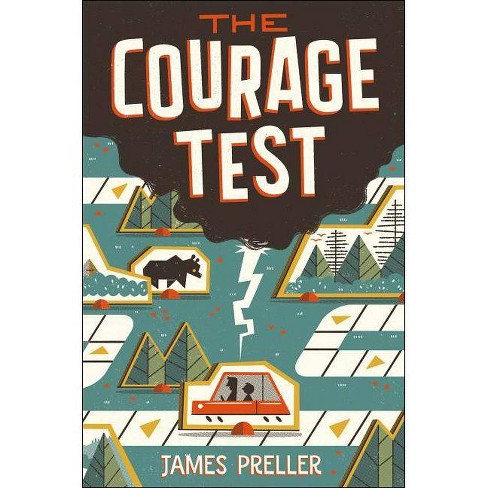 In this middle grade novel by James Preller, a father and son journey along the Lewis and Clark Trail--from Fort Mandan to the shining sea--offering readers a genre-bending blend of American history, thrilling action, and the personal discovery that comes with facing an illness.

Will has no choice. His father, a professor of American history, drags him along on a wilderness adventure in the footsteps of the legendary explorers Lewis and Clark--whether he likes it or not. All the while, Will senses that something about this trip isn't quite right. His parents are divorced, and he hasn't spent much time with his father. Why now? And why is Will's mother practically pushing him out the door? Along the journey, Will meets fascinating strangers and experiences new thrills, including whitewater rapids and a heart-pounding encounter with a bear. This, along with getting to know his dad, tests Will in ways he hasn't faced before. But the biggest test of his courage isn't on the road; it's facing an illness that will be life-changing. The Courage Test is a heartfelt novel about adversity and resilience, told from the first-person perspective of a young boy. This title has Common Core connections. Praise for The Courage Test: "Preller stirs doses of American history into a first-rate road trip that does traditional double-duty as plot device and coming-of-age metaphor. Will is initially baffled and furious at being abruptly forced to accompany his divorced father, a history professor, on a long journey retracing much of the trail of Lewis and Clark. . . . Will survives a meeting with a bear and a spill into dangerous rapids--tests of courage that will help him weather the bad news that awaits him at home." --Booklist, starred review "Whatever young explorers look for on their literary road trips, they'll find it here." --The Bulletin "The lively narrative is interspersed with Will's entries for a school writing assignment, which contain lots of facts about the original journey, as well as postcards to his mother. Despite the emotional heft, there is plenty of action, including white-water rafting and a close encounter with a bear. A middle grade winner to hand to fans of history, adventure, and family drama." --School Library Journal
If the item details above aren’t accurate or complete, we want to know about it. Report incorrect product info.