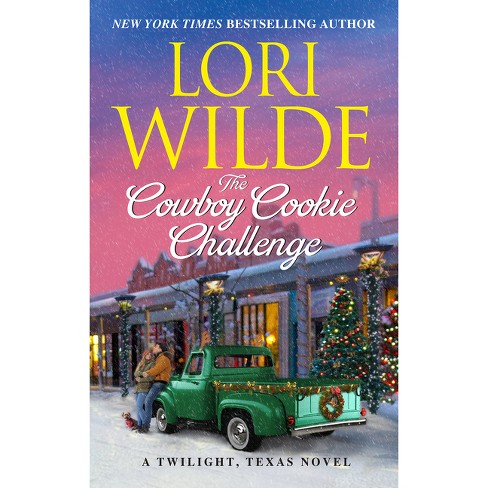 He's sexy, single, and he can bake!

Roan Sullivan is the answer to Jazzy Walker's prayers. The doting single dad is also fresh off his win on a popular cooking show and a whiz at campfire cooking, so who better to help her win this year's annual cookie bake-off? With his help, Jazzy is sure she can finally take first prize right out the grasping hands of Andi Browning, the gal who stole her fiancé right from under her nose.

A widower with a four-year-old daughter, Roan tells himself there's a million reasons not to help Jazzy. She's too kind, too optimistic, and could do so much better than hitching up with a curmudgeon like him. But every time she draws near, he can't help but wonder if he could open his heart and love again.

As the holidays come closer, the magic of Twilight starts to weave its spell...and soon it's not just the competition that's heating up, it's the hot sizzle between Roan and Jazzy.

"Second Chance Christmas is a sweet friends-to-lovers story set at Christmastime. It's about making peace with the past and learning to let people in." -- Harlequin Junkie

"A charming visit to two of our favorite Lori Wilde destinations: Cupid and Twilight, Texas, of course... [in this] sassy, sexy romantic tale set in the holiday season. Lori Wilde has created two wonderful somewhat crazy families that have captured our hearts." -- Fresh Fiction on The Christmas Backup Plan

"An absolute crowd-pleaser...The magnetism between Naomi and Mark is breathtaking and real, and the magic of Christmas enhances their romance." -- Publishers Weekly (starred review) on The Christmas Key