The Dalai Lama - by Demi (Paperback) 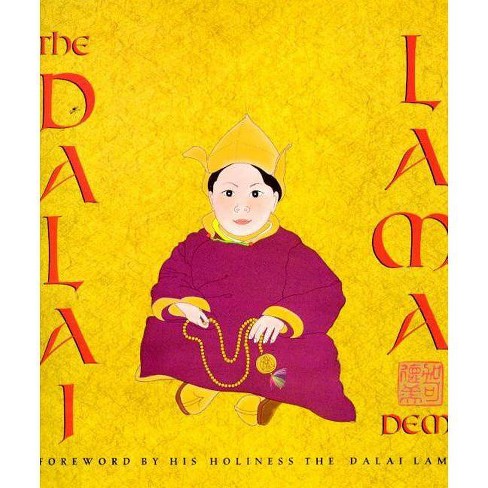 Award-winning picture book author Demi delivers a fully illustrated picture book that tells the story of the search for the 14th Dalai Lama. Now in paperback for the first time, with a Foreword written by The Dalai Lama himself. Full color.

By award-winning picture book author Demi, this is a fully illustrated nonfiction picture book that tells the story of the search for the fourteenth Dalai Lama. Now in paperback for the first time, with a foreword written by The Dalai Lama himself.

When the thirteenth Dalai Lama died in 1933, the highest holy men in Tibet searched throughout the land for his successor. They were spiritually guided to the humble dwelling of a loving family high in the Himalayas. When the search party greeted the youngest son, the child told them, "Now I am going home!" At last the fourteenth Dalai Lama had been found, and at the age of two, the young boy was taken to the capital city, Lhasa, where he began his training to become the spiritual leader of Tibet.

The work of the Dalai Lama and the fate of Tibet are topics of evergrowing international focus. In simple language and glorious art, Demi pays tribute to the fourteenth Dalai Lama's remarkable life. She captures the beauty of Tibetan culture, as well as the charm, talent, and vision of one of the world's best-known spiritual figures.

"[A] glorious picture book.... Soaring landscapes ... are beautifully juxtaposed with spreads of palace pageantry and more personal scenes of the Dalai Lama's childhood. Demi, a practicing Buddhist, clearly shows the love and reverence she has for her religion in this special book." --Booklist, starred review

Demi, along with her husband, Tze-si Huang, has been a practicing Buddhist for more than twenty years. She is the author and illustrator of many children's books, including Firebird, Buddha, The Empty Pot and The Dragon's Tale. Born in Cambridge, Massachusetts, she lives in Carnation, Washington.
If the item details above aren’t accurate or complete, we want to know about it. Report incorrect product info.