The Death of Aztec Tenochtitlan, the Life of Mexico City - by Barbara E Mundy (Paperback) 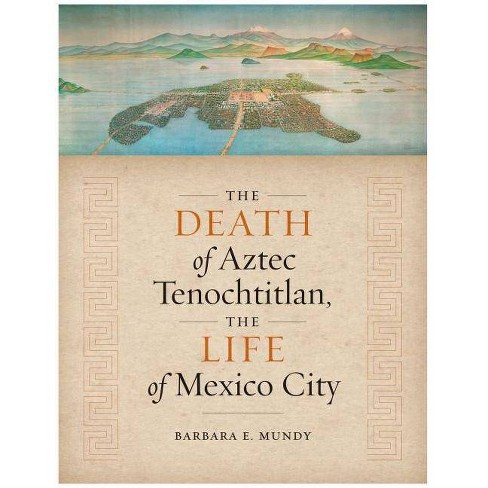 $45.49
no reviews yet
be the first!be the first! ratings
Shipping
Not available
Help us improve this page

The capital of the Aztec empire, Tenochtitlan, was, in its era, one of the largest cities in the world. Built on an island in the middle of a shallow lake, its population numbered perhaps 150,000, with another 350,000 people in the urban network clustered around the lake shores. In 1521, at the height of Tenochtitlan's power, which extended over much of Central Mexico, Hernando Cortï¿½s and his followers conquered the city. Cortï¿½s boasted to King Charles V of Spain that Tenochtitlan was "destroyed and razed to the ground." But was it?

Drawing on period representations of the city in sculptures, texts, and maps, The Death of Aztec Tenochtitlan, the Life of Mexico City builds a convincing case that this global capital remained, through the sixteenth century, very much an Amerindian city. Barbara E. Mundy foregrounds the role the city's indigenous peoples, the Nahua, played in shaping Mexico City through the construction of permanent architecture and engagement in ceremonial actions. She demonstrates that the Aztec ruling elites, who retained power even after the conquest, were instrumental in building and then rebuilding the city. Mundy shows how the Nahua entered into mutually advantageous alliances with the Franciscans to maintain the city's sacred nodes. She also focuses on the practical and symbolic role of the city's extraordinary waterworks--the product of a massive ecological manipulation begun in the fifteenth century--to reveal how the Nahua struggled to maintain control of water resources in early Mexico City.