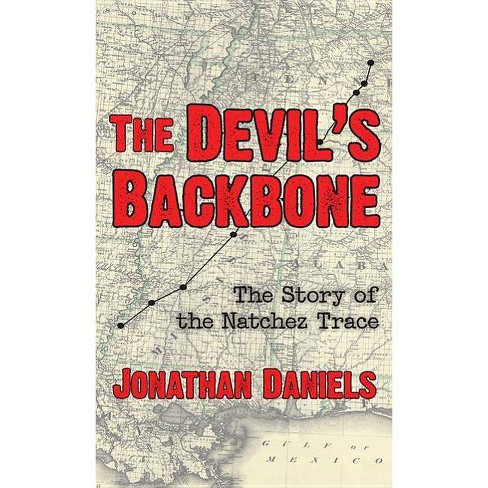 It was a road traveled by such men as Aaron Burr, Andrew Jackson, and Meriwether Lewis. It was a highway for ruthless robbers, rugged pioneers, settlers, and soldiers-the whole company of those ready with grasping hands to seize a continent. In The Devil's Backbone, Jonathan Daniels takes the reader over this old trail, exploring the dramatic story of the Natchez Trace in detail.

Here is a story of the people who crossed a wilderness to build America. Here flourishes the American dream of men and women moving for God, for glory, and for gold. The Devil's Backbone is as richly varied as the mysteries, the tragedies, and romances that accompanied the changing, colorful parades of travelers along it.

Author Jonathan Daniels was a newspaper editor, a historian, a public servant, and an expert on the old and new South. He wrote a number of books and contributed to such magazines as Fortune, Harper's, and the Saturday Evening Post. In addition to excelling in journalism, Daniels served various roles in the government. From 1942 to 1945, Daniels was an administrative assistant to Pres. Franklin D. Roosevelt. He later became the press secretary for a portion of Roosevelt's term, as well as the beginning of Harry S. Truman's term. He passed away in 1981.