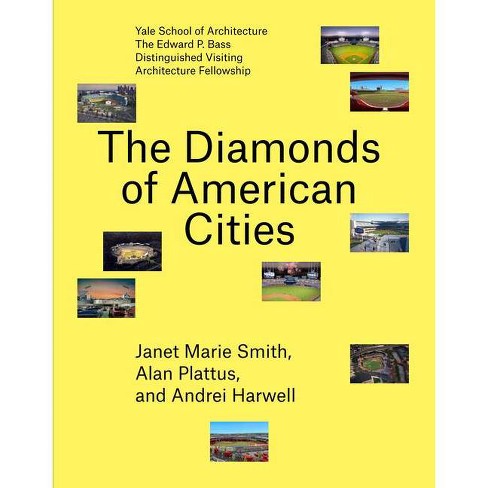 $23.49
no reviews yet
be the first!be the first! ratings
Shipping
Free standard shipping with RedCard
Loading, please wait...
Help us improve this page

This book features the advanced studio at Yale School of Architecture to develop concepts for both minor and major league baseball stadiums in cities. The Diamonds of American Cities presents the work of Edward P. Bass Visiting Distinguished Architecture Fellow Janet Marie Smith, vice president of the Los Angeles Dodgers, and Alan Plattus and Andrei Harwell, Yale faculty members, with students of the School of Architecture. The challenge was to analyze ballparks and their urban ramifications in a two-phased project, one each for a minor and a major league team. The students formed four groups and developed proposals for the Pawtucket Red Sox on different New England sites. Critical analysis of the development opportunities for a large-scale sports facility and the consequences on a medium-size city drove the presentations to the Pawtucket team management and informed its move to Worcester, Massachusetts. In the second half of the semester the students designed a center-field addition to Dodger Stadium, in Los Angeles. The projects encapsulated large and small scales, investigating ideas such as circulation to and from the stadium and the types of concession placed within the structure. The students considered the future of baseball viewership, testing ideas ranging from AR/VR batters' eye walls to public dugouts. The book features an interview with Smith, an essay by Plattus, and a closing discussion between Stan Kasten, president and CEO of the Los Angeles Dodgers, and Larry Lucchino, president emeritus of the Boston Red Sox. The book is edited by Nina Rappaport and Ron Ostezan ('18) and designed by MGMT.Design.
If the item details above aren’t accurate or complete, we want to know about it. Report incorrect product info.