The Diary of Alice James - (Paperback) 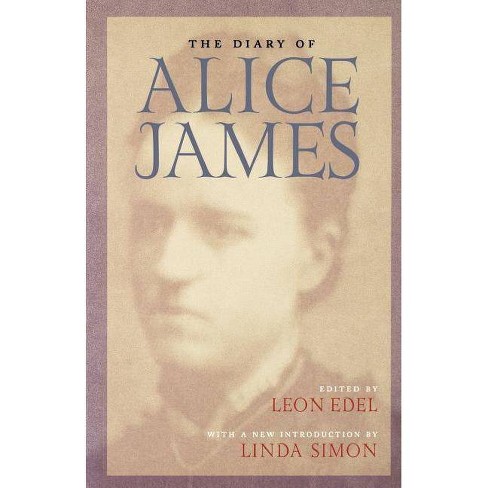 Unlike her ubiquitous brothers, psychologist and philosopher William and novelist Henry, Jr., Alice James (1848-1892)-the youngest child and only daughter of the wealthy, mercurial, and eccentric New Englander Henry James, Sr.-passed much of her brief lifetime at home, largely isolated from society, unafforded the opportunity to receive extensive formal education or to attain the public success or recognition of her famous siblings. She was, in many ways, a victim of a society that severely circumscribed the lives of women, and that deprived even privileged and talented women like Alice of their intellectual, spiritual, and emotional-as well as physical-freedom. Indeed, James spent many of her years as an invalid, afflicted with a depressive malaise that left her constantly trying to recover a sense of identity and integrity. Yet, within the pages of the journal she kept during the last four years of her life, Alice James emerges neither as a downtrodden casualty of her era nor as merely an interesting footnote to the illustrious James family saga, but rather as a formidable and triumphant individual in her own right. Far from displaying any wholesale acceptance of the ruling assumptions about her gender-or, for that matter, about anything else-James's diary reveals a vigorously opinionated, intellectually curious, extremely gifted writer renegotiating her position within the discourses of her time. Long unavailable to students, scholars, and the general reader, this volume reprints Leon Edel's 1964 edition, which is widely accepted as the most faithful reproduction of the original diary. A new introduction by Linda Simon draws extensively on recent scholarship to illuminate James's role both in the context of her family and nineteenth-century culture.
If the item details above aren’t accurate or complete, we want to know about it. Report incorrect product info.