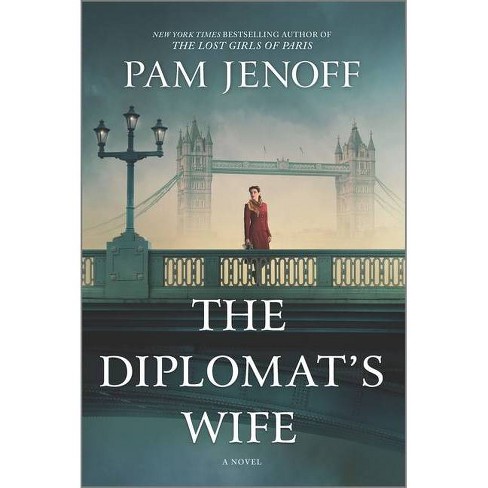 $28.99
new at target¬
no reviews yet
be the first!be the first! ratings
Release Date: coming soon!
Preorder for
Edit zip
Ships by release date with free standard shipping using RedCard
Help us improve this page

In this gripping early work from the New York Times bestselling author of The Lost Girls of Paris, one woman faces danger, intrigue, and love in the aftermath of World War II. 1945. Marta Nederman has barely survived the brutality of a Nazi concentration camp, where she was imprisoned for her work with the Polish resistance. Lucky to have escaped with her life, she meets Paul, an American soldier, who gives her hope of a happier future. The two make a promise to meet in London, but Paul is in a deadly plane crash and never arrives. Finding herself pregnant and alone in a strange city, Marta finds comfort with a kind British diplomat, and the two soon marry. But Marta's happiness is threatened when the British government seeks her help to find a Communist spy--an undercover mission that resurrects the past with far-reaching consequences. Set during a time of great upheaval and change, The Diplomat's Wife is a story of survival, love and heroism, and a great testament to the strength of women. Read these other powerful novels of courage during wartime from New York Times bestselling author, Pam Jenoff: The Kommandant's Girl The Ambassador's Daughter The Winter Guest The Last Summer at Chelsea Beach The Orphan's Tale The Lost Girls of Paris
If the item details above aren’t accurate or complete, we want to know about it. Report incorrect product info.