The Edge of the Earth - (Hardcover) 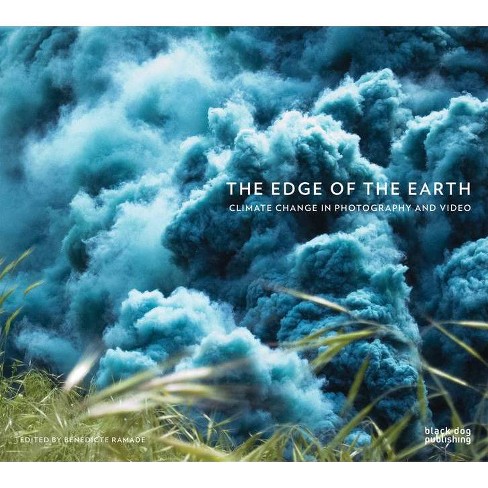 Increasingly and forebodingly, contemporary artists are turning their attention to the subject of climate change, in poignant and often confrontational ways. The Edge of the Earth: Climate Change in Photography and Video explores recent and historic work in the context of present-day environmental concerns, considering the future consequences of the age of the anthropocene, and humanity's harsh imprint on our planet. The Edge of the Earth accompanies a major exhibition at the Ryerson Image Centre in Toronto, and includes works by pioneering and renowned artists such as Edward Burtynsky, Naoya Hatakeyama, Richard Misrach and Robert Rauschenberg; critical propositions on present situations by Chris Jordan, Gideon Mendel and Brandi Merolla; plus visionary works by Jean-Pierre Aubï¿½, Adrien Missika, Evariste Richer and Andreas Rutkauskas. Photojournalism from the RIC's Black Star Collection is also included, contextualising artistic reflections within half a century of historical reportage on the environment. Produced as a large-format book with high-quality reproductions throughout, The Edge of the Earth includes critical texts by Bï¿½nï¿½dicte Ramade and TJ Demos, an interview with Lucy Lippard, and an introduction by Paul Roth. This critical overview offers the insight of artists into the present climate crisis, with the motive of prompting reconsideration of our increasingly perilous relationship to our planet. Published in partnership with Ryerson Image Centre.
If the item details above aren’t accurate or complete, we want to know about it. Report incorrect product info.