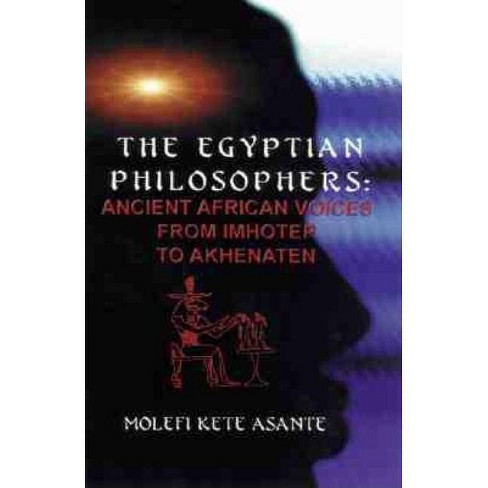 Traditional Eurocentric thought assumes that Greece was the origin of civilization. This book dispels this and other myths by showing that there is a body of knowledge that preceded Greek philosophy. The author documents how the great pyramids were built in 2800 B.C., 2,100 years before Greek civilization. The popular myth of Hippocrates being the father of medicine is dispelled by the fact that Hippocrates studied the works of Imhotep, the true father of medicine, and mentioned his name in his Hippocratic oath. Eleven famous African scholars who preceded Greek philosophers are profiled: Ptahhotep, Kagemni, Duauf, Amenhotep, Amenemope, Imhotep, Amenemhat, Merikare, Sehotepibre, Khunanup, and Akhenaten. These scholars' ideas on a variety of topics are discussed, including the emergence of science and reason, the moral order, books and education, and the clash of classes.

Molefi Kete Asante is the author of 34 books, including The Afrocentric Idea, Afrocentricity, and Kemet, Afrocentricity and Knowledge. He is the founder of the first African studies program offering a doctorate degree and is credited with coining the term afrocentricity. He lives in Philadelphia, Pennsylvania.
If the item details above aren’t accurate or complete, we want to know about it. Report incorrect product info.