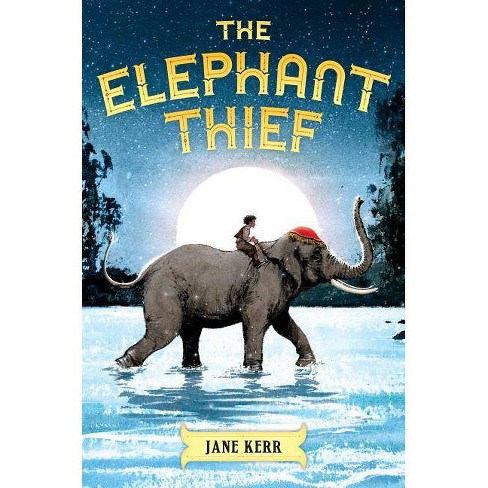 When young pickpocket Danny accidentally buys an elephant at an auction, he finds himself swept up on an unforgettable adventure. A miraculous story based on real events.

Based on real events, this is a miraculous story of a boy who befriends a famous elephant during a race against time and villains!When young pickpocket Danny accidentally buys an elephant at an auction, he finds himself swept up on an unforgettable adventure. Offered a job by a zookeeper, all he has to do is ride Maharajah from Edinburgh to Manchester in one week.Everyone in the country is watching, even the Queen, but the journey soon proves to be filled with drama and danger. A rival zookeeper will stop at nothing to make sure they fail, and soon Danny's shady connections from his past threaten to overturn the mission...Can Danny win the trust and friendship of the elephant and guide him home? Can the two of them stick together through the odds and win the day?

Advance praise for The Elephant Thief: Put out the trunk call, this elephant story is a classic-in-the-making... It's told beautifully with a deeply moving finale. Move over, Dumbo, there's a new elephant star to weep for. -- The Times (UK), Children's Book of the Week pick

Jane Kerr is a debut author and grew up in North Wales, United Kingdom. She wrote her first book at the age of seven, and while The Jones Family have a Picnic was not a big-seller, it sparked a life-long love of writing and story-telling.
After a brief detour working as speech therapist, she trained as a journalist, and has since written for newspapers, online, radio and television. The story telling never stopped. She is married with two children and a guinea pig.
If the item details above aren’t accurate or complete, we want to know about it. Report incorrect product info.