The Emperor of Nihon-Ja - (Ranger's Apprentice) by John Flanagan (Paperback) 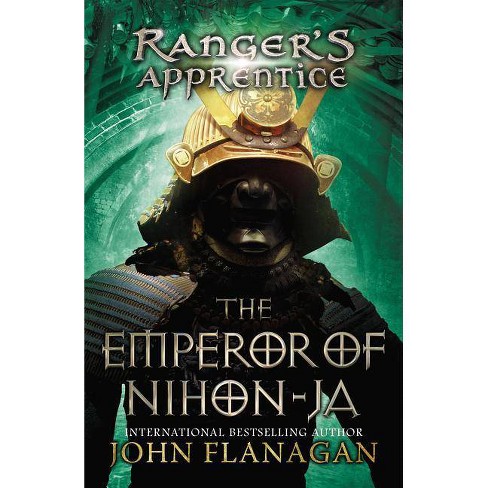 The international bestselling series with over 5 million copies sold in the U.S. alone!
When Horace travels to the exotic land of Nihon- Ja, it isn't long before he finds himself pulled into a battle that is not his - but one he knows in his heart he must wage. A kingdom teeters on the edge of chaos when the Nihon-Ja emperor, a defender of the common man, is forcibly overthrown, and only Horace, Will, and his Araluen companions can restore the emperor to the throne. Victory lies in the hands of an inexperienced group of fighters, and it's anybody's guess who will make the journey home to Araluen. Perfect for fans of J.R.R. Tolkien's Lord of the Rings, T.H. White's The Sword in the Stone, Christopher Paolini's Eragon series, and George R. R. Martin's Game of Thrones/A Song of Ice and Fire series.
If the item details above aren’t accurate or complete, we want to know about it. Report incorrect product info.