The Ex - by Alafair Burke (Paperback) 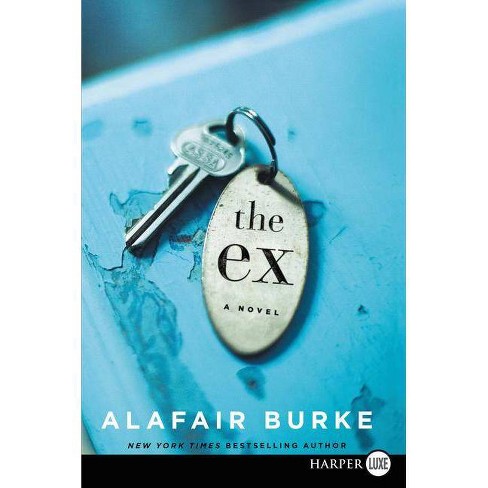 $16.49
no reviews yet
be the first!be the first! ratings
Shipping
Free standard shipping with RedCard
Loading, please wait...
Help us improve this page

In this breakout standalone novel of suspense in the vein of Gone Girl and The Girl on a Train, a woman agrees to help an old boyfriend who has been framed for murder--but begins to suspect that she is the one being manipulated.

And look for Alafair Burke's latest heart-racing novel of psychological suspense, The Wife, coming in January 2018.

Twenty years ago she ruined his life. Now she has the chance to save it.

Widower Jack Harris has resisted the dating scene ever since the shooting of his wife Molly by a fifteen-year-old boy three years ago. An early morning run along the Hudson River changes that when he spots a woman in last night's party dress, barefoot, enjoying a champagne picnic alone, reading his favorite novel. Everything about her reminds him of what he used to have with Molly. Eager to help Jack find love again, his best friend posts a message on a popular website after he mentions the encounter. Days later, that same beautiful stranger responds and invites Jack to meet her in person at the waterfront. That's when Jack's world falls apart.

Olivia Randall is one of New York City's best criminal defense lawyers. When she hears that her former fiancï¿½, Jack Harris, has been arrested for a triple homicide--and that one of the victims was connected to his wife's murder--there is no doubt in her mind as to his innocence. The only question is who would go to such great lengths to frame him--and why?

For Olivia, representing Jack is a way to make up for past regrets, to absolve herself of guilt from a tragic decision, a secret she has held for twenty years. But as the evidence against him mounts, she is forced to confront her doubts. The man she knew could not have done this. But what if she never really knew him?