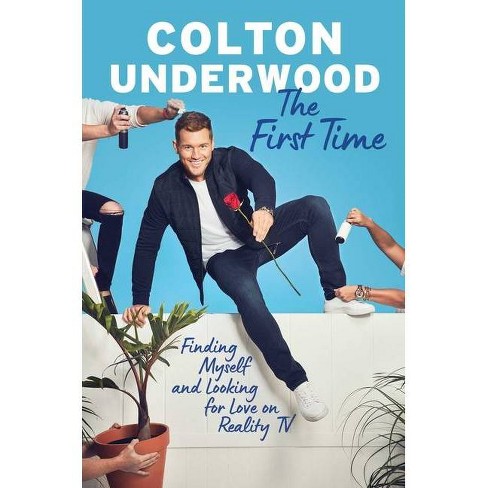 "The fan-favorite ... opens up about his childhood and goes behind the scenes of his dramatic and unconventional experience on the ... reality show [The Bachelor]"--

A NEW YORK TIMES BESTSELLER From former football player and star of The Bachelor and The Bachelorette comes a fascinating and eye-opening behind-the-scenes look at his drama-filled season on the hit reality show. Before Colton Underwood captured the hearts of millions on The Bachelor, he was a goofy, socially awkward, overweight adolescent who succeeded on the football field while struggling with personal insecurities off it. An All American gridiron hero, he was also a complex, sometimes confused, soft-hearted romantic wondering how these contradictions fit together. Old-fashioned and out of step with the swipe right dating culture of today, he was saving the most intimate part of life for the love of his life. If only he could find her... Now, in The First Time, Colton opens up about how he came to find himself and true love at the same time via the Bachelor franchise. Unencumbered by cameras and commercial breaks, he delivers a surprisingly raw, endearing, and seriously juicy account of his journey through The Bachelorette, Bachelor in Paradise, and The Bachelor. He opens up about being dumped by Becca, his secret dalliance with Tia, what it was like to be the world's most famous virgin, his behind-the-scenes conflicts with production, and how his on-camera responsibilities as the Bachelor nearly destroyed him after he knew he had already fallen in love with Cassie. A memoir for Bachelor Nation and anyone who believes in the magic of love, The First Time carries a simple but powerful message: It's okay to laugh and cry and occasionally jump over a fence, if it means coming one step closer to the right person.

"[F]ull of interesting tidbits and insights from his time in the reality dating franchise.... But it's also a thoughtful exploration into what it means to discover oneself." --USA Today "The book is full of the kind of juicy details 'The Bachelor' franchise enthusiasts yearn for." --The Huffington Post "[Underwood does] not hold back about his sexuality, his parents' divorce, his post-Bachelor life with Cassie Randolph and his first love, Aly Raisman." --US Weekly

Colton Underwood was a linebacker and a tight end in the NFL from 2014 to 2016. A fan favor­ite on season fourteen of The Bachelorette, he starred in The Bachelor on season twenty-three of the show. Underwood is the founder of the Colton Underwood Legacy Foundation, a charity to support cystic fibrosis, with which his cousin Harper was diagnosed as a baby. Born in Indianapolis and raised in Illinois, he now lives in Denver, CO.
If the item details above aren’t accurate or complete, we want to know about it. Report incorrect product info.