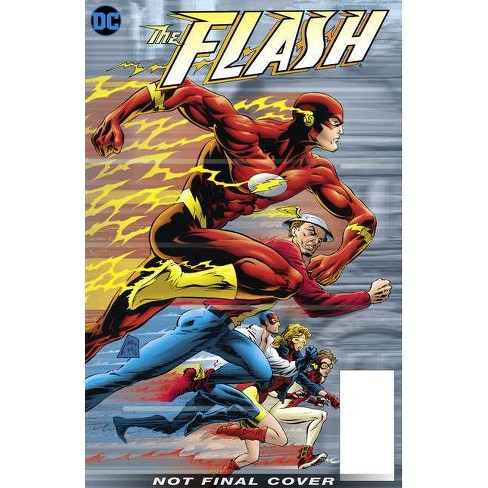 "In the continuing saga of Wally Wests's adventures as Flash, Wally is riding high and about to marry the love of his life, Linda Park--until a new villain named Cobalt Blue shows up and begins targeting speedsters throughout history. Just who is Cobalt Blue and why is he hell bent on destroying every FLash in existence? In order to defeat this deadly foe, Wally will needhelp from his fellow speedsters Jay Garrick, Jesse Quick, Max Mercury, and Impulse to stop Cobalt Blue from tampering with the timeline and erasing the legacy of the Flash!"--Provided by publisher.

Superstar writer Mark Waid's run on The Flash is now re-collected in a new series of graphic novels. In 1990 Mark Waid's legendary writing career began when he scripted his first issue of The Flash. Waid continued to work on Wally West for nearly a decade, building a world that would keep the character running for years after Waid's departure to other titles. Under Waid's keen pen, Wally West gained a new depth of character that changed The Flash for good. Wally West, Jay Garrick, Max Mercury and Jesse Quick run into a variety of speedsters as they travel the time stream looking to save the lives of future Flashes! Includes Flash #142-150, Flash Secret Files, Speed Force, Flash 80-Page Giant.

Mark Waid, a New York Times best-selling author, has written a wider variety of well-known comics characters than any other American comics author, from Superman to the Justice League to Spider-Man to Archie and hundreds of others. His award-winning graphic novel with artist Alex Ross, Kingdom Come, is one of the best-selling comics collections of all time.
If the item details above aren’t accurate or complete, we want to know about it. Report incorrect product info.