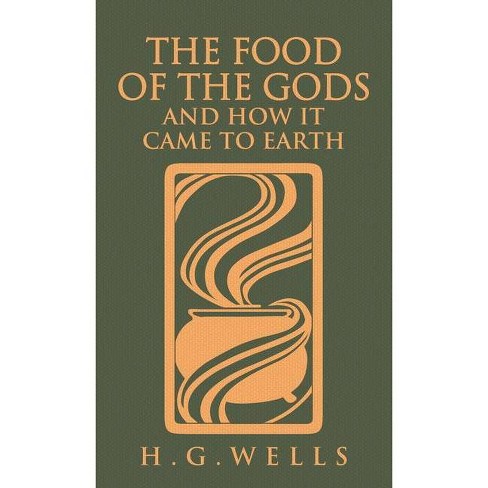 From "the father of science fiction," H. G. Wells, "The Food of the Gods and How It Came to Earth" is a chilling tale on what happens when science tampers with nature.

The Food of the Gods and How It Came to Earth is a science fiction novel by H. G. Wells, four-time nominee of the Nobel Prize in Literature and one of the most influential authors of his time. Praised as the "father of science fiction," Wells wrote dozens of novels and short stories that questioned what philosophy, religion, and society would look like far into his imagined future. While his fiction included nightmarish alien invasions and time travel, Wells predicted many technologies we see today such as nuclear weapons, space travel, and the internet.

The Food of the Gods and How It Came to Earth is a speculative fiction that examines the changes humanity undergoes throughout time and showcases Wells' progressive world he envisioned in 1904. A research chemist named Mr. Bensington teams up with a Professor Redwood who study the process of growth. After a year of experimentation, they find a way to make "the Food of the Gods," or "Herakleophorbia IV," which makes things grow into giants if eaten. They first test it on chickens, which successfully grow six times their normal size. Unfortunately, the chickens introduce "Herakleophorbia IV" into the local food chain, and suddenly even wasps are growing into gigantic creatures. Bensington and Redwood are too pleased with their progress to stop it, and children begin to get ahold of the substance which they nickname "Boomfood." Of course, the local children start to become giants as well. What first seems to be a great scientific success starts to turn into a human health hazard.

The Food of the Gods and How It Came to Earth is a cautionary tale about what happens when science goes too far in tampering with nature. The intolerance and bigotry directed toward the giants draws lines in the sand between communities and families, showing how society can change in an instant.