The Fragility of Bodies - by Sergio Olguin (Paperback) 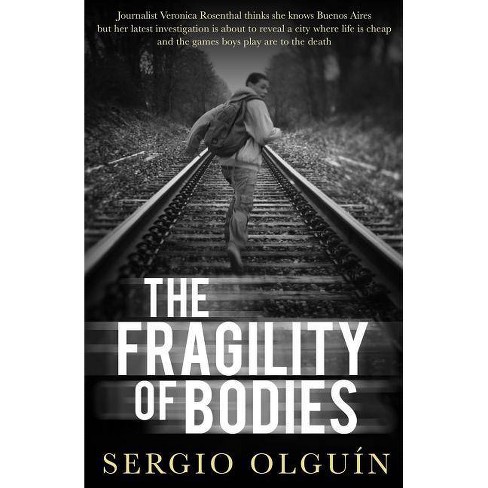 $13.99
MSRP$14.95
no reviews yet
be the first!be the first! ratings
Shipping
Free standard shipping with RedCard
Loading, please wait...
Help us improve this page

Kirkus: The story is so gripping and Veronica is such a fascinating departure from crime fiction convention--she's 30, Jewish, brazen, and openly flawed--that the book becomes difficult to put down. Also a very good novel about journalism, it's the first instalment of a trilogy. An unusual, intoxicating thriller from Argentina that casts deeper and deeper shadows.

Publishers Weekly, Starred Review: A scalding crime novel set in Buenos Aires. Olguï¿½n memorably explores the gulf between the haves and have-nots of her city. Readers will hope to see more of the complex Verï¿½nica.

Financial Times: The late, great foreign correspondent Nicholas Tomalin once opined that a journalist needed three qualities to succeed: "ratlike cunning, a plausible manner and a little literary ability". Verï¿½nica Rosenthal, the protagonist of Sergio Olguï¿½n's lively new thriller The Fragility of Bodies, has these in spades. Olguï¿½n is a fine writer with an easy style, aided by a very readable translation by Miranda France. This is the first of a trilogy featuring Rosenthal. The series has already been turned into a television series and I'm looking forward to the next volume.

CrimeReview: This is an excellent story, well told and translated, which sustains a high level of tension throughout. The reader is well aware of the risks to Veronica and those she co-opts in her research, and these culminate in violent and gripping action. In the background, we have Buenos Aires, with great disparities of wealth and prevalent corruption, but a strong sense of life being lived to the full.

NB Magazine: The Fragility of Bodies is a powerful tale of murder and corruption set in Buenos Aires; it feels troublingly plausible. It will thrill readers with a taste for dark, gritty, real-world crime fiction. This novel is distilled single malt noir, a gripping reflection on the woes and angst of Argentinian society.

SHOTS Magazine: This is how I like my noir fiction: no cops with unlikely hang-ups, no copycat serial killers, no 'here-we-go-again' plots. Olguï¿½n concentrates instead on villains and victims and several dollops of savage sex.