The Girl Who Played Go - by Shan Sa (Paperback) 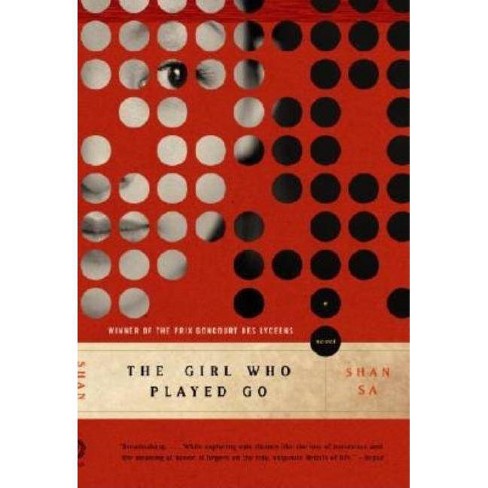 $12.99
no reviews yet
be the first!be the first! ratings
Shipping
Not available
Help us improve this page

"Breathtaking. . . . While exploring epic themes like the loss of innocence and the meaning of honor, it lingers on the tiny, exquisite details of life." --Vogue "Shan . . . writes spare prose adorned with images that linger in the mind. . . . In this elegant translation . . . the dreamlike, mesmerizing alternation of voices stands in uneasy contrsast to the operatic violence of the plot." --The New York Times Book Review

"Powerfully drawn. . . heart-breaking. . . . Sa's descriptions and metaphors take hold powerfully and linger. Sa also brings to the reader with stark precision the cruel loss of innocence that war brings to both sides."-San Antonio Express-News
"This Chinese twist on Romeo and Juliet. . . evolves into a rich metaphor for the struggle between an ancient society and a modern one, and the battle between the easy innocence of adolescence and the painfully gained knowledge of adulthood. If you enjoyed the similar theme of Balzac and the Little Chinese Seamstress, you'll like this."-People

"Explosive. . . . Poignant and shattering. . . . While [the] climax is inevitable and the stories lead directly toward it, a reader is still shocked and horrified when it occurs." --The Boston Globe

"Shan Sa creates a sense of foreboding that binds the parallel tales of her protagonists. Her measured prose amplifies the isolation amid turmoil that each character seems to inhabit." --San Francisco Chronicle

"Dreamy . . . powerful. . . . This unlikely love story . . . is beautiful, shocking, and sad."
--Entertainment Weekly "Compelling. . . . Emotionally charged chapters evoke the stop-and-start rhythms of adolescence. . . . Shan handles the intersection of the personal and the political quite deftly." --The Washington Post Book World "What makes Sa's novel so satisfying is the deceptive simplicity of her narrative strategy." --San Jose Mercury News

"An awesome read. . . . Shan Sa describes the story so well that you almost forget you've never visited the places in her book. . . . This book is truly for every reader." --The Decatur Daily

"Entrancing. . . . [With] an ending that you won't predict." --The Austin American-Statesman "It has the sweep of war and the intimacy of a love story. . . . Shan Sa is a phenomenon." --The Observer (London) "Spellbinding. . . . Sa's language is graceful and trance-like: her fights are a whirling choreography of flying limbs and snow, her emotions richly yet precisely expressed." --The Times (London) "One is struck by the economy of the tale, its speed, and the brutality of its calculations. There is never an excess word or a superfluous phrase: each paragraph counts. . . . Fine literary work."--Le Figaro Magazine (France) "An astonishing book. . . . Ends up taking one's breath away. . . . Goes straight to our hearts." --Le Point (France) "Gripping. . . . A wrenching love story. . . . [The protagonists'] shared sense of immediacy and the transience of life is what in the final analysis makes this novel so strong, so intelligent, so moving. . . . . . . You'll have to look far and wide to find a better new novel on an East Asian subject than this finely crafted story, satisfying as it is on so many different levels." --The Taipei Times
If the item details above aren’t accurate or complete, we want to know about it. Report incorrect product info.