The Girl with the Self-Esteem Issues - by Rosie Mercado (Hardcover) 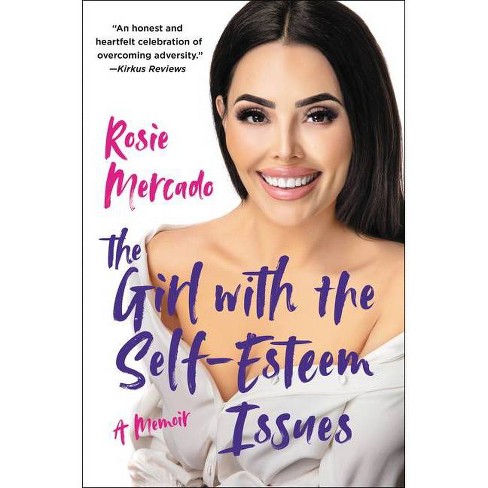 When Rosie Mercado was only nineteen, the father of her newborn walked out with no warning. At the time, Rosie had no college degree, no plan for a career, and an addiction to carbs and sugar and emotional eating. How could she take care of a child alone when she could barely care for herself?

But her story doesn't end there. Three husbands, two divorces, three children, and innumerable moments of abuse, infidelity, broken promises, and sleepless nights . . . Rosie's life has been anything but easy, especially when her weight ballooned to over 400 pounds. The Girl with the Self-Esteem Issues is a first-person account of resilience and triumph you will never forget. When one door closed in her face, Rosie picked herself up and knocked on another.

Eventually she kicked down enough doors to realize her dreams, showing women everywhere, but especially herself, that YOU CAN DO ANYTHING. For women who feel trapped, isolated, fat, ugly, invisible, or less than; for the motivated, girl-boss, champions out there, The Girl with the Self-Esteem Issues unfolds with raw honesty, courage, and hope, and shows us a crisscrossing, painstaking journey to a life worth fighting for.

>.--Kirkus Reviews
If the item details above aren’t accurate or complete, we want to know about it. Report incorrect product info.