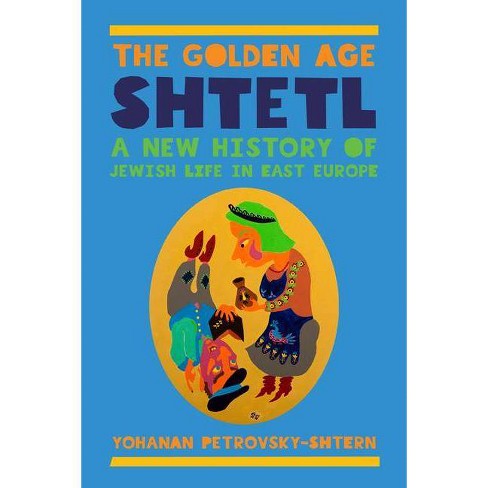 $18.89
0 out of 5 stars with 0 reviews
be the first!be the first! ratings
Shipping
Free standard shipping with RedCard
Help us improve this page

"This book ushers in the golden age of shtetl scholarship. Challenging the homogenized and sanitized images of East European Jewry that followed its near obliteration, Petrovsky-Shtern combs the archives to reveal how the Jews who lived in these market towns enjoyed great opportunities amid the political tensions between Poland and Russia. A book to be grateful for."--Ruth R. Wisse, author of No Joke: Making Jewish Humor

"The Golden Age Shtetl turns upside down the nostalgic image of the shtetl as a decaying Jewish village, presenting the historical shtetl as a place where Jews enjoyed prosperity and stability. Drawing on huge archival evidence, this pathbreaking study challenges our historical mind and provides an innovative account of the Jewish experience in nineteenth-century Russia."--Israel Bartal, author of The Jews of Eastern Europe, 1772-1881

"The shtetl, home of most East European Jews for several centuries, has been the subject of endless romantic re-creations in the American Jewish corpus. Finally a serious historian of Russian Jewry gives us a well-documented but still lively and fascinating picture of this lost world. A must-read for anyone seeking to understand the immediate Jewish past."--Art Green, Brandeis University and Hebrew College

"An inspiring and rich study. In this highly innovative book, Petrovsky-Shtern demonstrates how the shtetl in early nineteenth-century Russia constituted a unique context for the unfolding of a proud, resilient, and sustainable Jewish community."--Franï¿½ois Guesnet, University College London

"The shtetl comes to life in all its complexity, vitality, and beauty in Petrovsky-Shtern's new book. Like an archaeologist who uncovers and brings to light one layer after another of a long-gone civilization, he draws on previously untapped archival sources to reconstruct a crucial part of Jewish history."--Serhii Plokhy, Harvard University