The Gospel According to Job - by Mike Mason (Paperback) 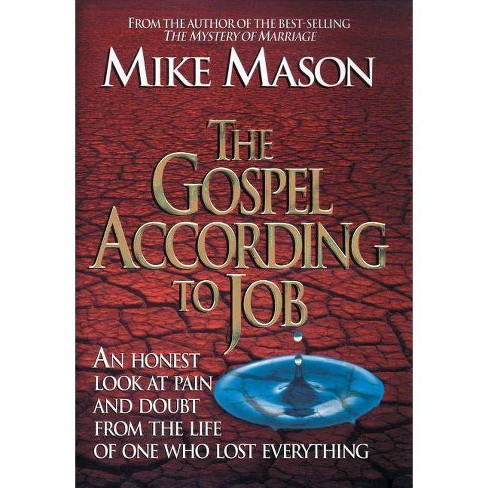 $35.49
undefined out of 5 stars with 0 reviews
be the first!be the first! ratings
Help us improve this page

Arranged as a series of meditations on selected passages from one of the Bible's most beloved books, this book is for Christians who, like Job, are experiencing deep suffering and a sense of separation from God.

Anyone who has suffered knows that there is no such thing as getting a grip on oneself or pulling oneself up by the bootstraps. The only bootstrap in the Christian life is the Cross, says Mason. Sometimes laying hold of the cross can be comforting, but other times it is like picking up a snake.

Job knew this firsthand. From him we learn that there are no easy answers to suffering. That the mark of true faith is not happiness, but rather, having one's deepest passions be engaged by the enormity of God. And through Job we learn the secret of the gospel: that mercy is the permission to be human. The Lord never gave Job an explanation for all he had been through. His only answer was Himself. But as Job discovered, that was enough.

The Gospel According to Job sensitively brings the reader to this realization, using a devotional commentary format that reminds them that it's all right to doubt, to be confused, to wonder-in short, to be completely human. But what will heal us and help us endure is a direct, transforming encounter with the living God.

MIKE MASON lives with his wife, Karen, in British Columbia, Canada. Mason received a BA with honors and an MA in English from the University of Manitoba. His other books include The Mystery of Marriage, The Mystery of the Word, and The Furniture of Heaven. He now writes full-time and divides his attention equally between fiction and devotional writing.