The Gunfighter's Guide to Business - by Rich Hoffman (Paperback) 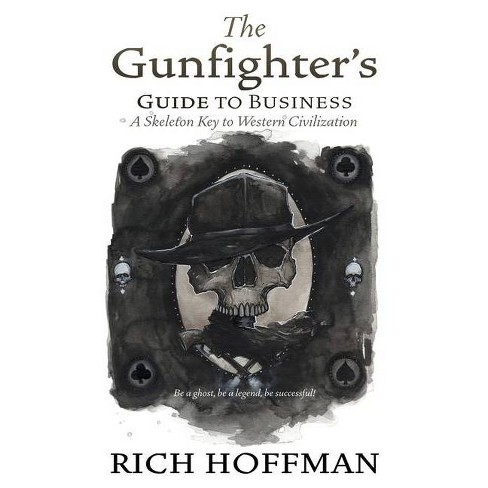 America's Art of War -- this book should be taught in every business school in America. Its awesome! - George Lang, Ohio Senator and Founder of the Small Business First Caucus. In The Gunfighter's Guide to Business, we learn why "shooting from the hip" is an example of quality and delivery that should be sought after, not avoided. Finally, an American book of strategy from a capitalist culture is a viable, modern interpretation of classics such as The Art of War, The Book of Five Rings, The Goal, and The Machine that Changed the World. In this work, the author unleashes through the sport of Fast Draw overlooked aspects of Western Civilization that gave rise to the greatest economy in the history of the world. Across the tapestry of human endeavor that was battle-tested during the Wild West in North America where East met West for really the first time in history and is poised to free unlimited success in the minds of the everyday businessperson working in the trenches in modern times. They may have traded their six guns for ties, pens, and emails, but the goals are the same as they have always been, success! A new view of management is unleashed here, termed by the author as "ghosting it," which refers to an obscure objective that allows definitions of leadership to evolve and brew into a work culture becoming legendary along the way, just as the old gunslingers of yesteryear proved possible. The old West is not dead but instead is very much alive as we aim our business goals toward space and look to conquer the next frontier, as we did the previous one, as humanity climbs further out into its own evolution against all odds and bravely faces tomorrow the way gunfighters faced down villains on dusty streets in a time not so long forgotten.
If the item details above aren’t accurate or complete, we want to know about it. Report incorrect product info.