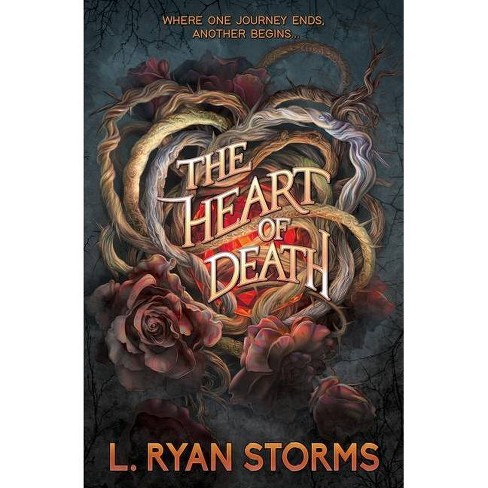 Now that the White Sorceress, Bringer of Life has been found, and the rightful King of Castilles restored to the throne, all that's left to do is live happily ever after...until another ominous prophecy disrupts the peace.

Rumors of undead things roaming the land and chaos tipping the world into darkness spur Reina and Quinn into another journey, but the new prophecy holds a nasty surprise. The two must travel to the Southern Plains with The One Who Failed, and that can only mean...Niles must join them.

They must locate the elusive Heart of Death and stop the Chaos Wielder from turning the world into the living dead, but combatting a deadly power stronger than anything they've ever known is no simple undertaking. To find the answers they need, they'll have to journey through dangerous, enchanted lands, make untold sacrifices, and retake control of the talisman's unexpectedly volatile magic.

"Heart-pounding action, fantastical worlds, and characters torn between duty and love - The Heart of Death is everything I look for in a fantasy novel and more." - RACHEL LUANN STRAYER, PLAYWRIGHT OF DROWNING OPHELIA

"The Heart of Death is an epic quest featuring bogs and tunnels, magic and mages, love and unutterable loss. A fast-paced and twisty-turny read, perfect for a cold and stormy night." - SORCHIA DUBOIS, AUTHOR OF THE ZORAIDA GREY TRILOGY

"An imaginative, intense sequel...with a creeping necrotic dread that culminates in an ending that had me shouting with equal parts shock and tentative hope for the next chapter." - KRISTIN JACQUES, AUTHOR OF THE GATE CYCLE TRILOGY