The Heart of the City - by Alexander Garvin (Paperback) 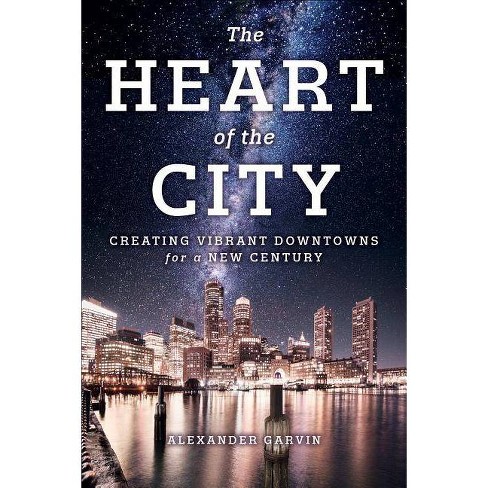 Downtowns are more than economic engines: they are repositories of knowledge and culture and generators of new ideas, technology, and ventures. They are the heart of the city that drives its future. If we are to have healthy downtowns, we need to understand what downtown is all about; how and why some American downtowns never stopped thriving (such as San Jose and Houston), some have been in decline for half a century (including Detroit and St. Louis), and still others are resurging after temporary decline (many, including Lower Manhattan and Los Angeles). The downtowns that are prospering are those that more easily adapt to changing needs and lifestyles. In The Heart of the City, distinguished urban planner Alexander Garvin shares lessons on how to plan for a mix of housing, businesses, and attractions; enhance the public realm; improve mobility; and successfully manage downtown services. Garvin opens the book with diagnoses of downtowns across the United States, including the people, businesses, institutions, and public agencies implementing changes. In a review of prescriptions and treatments for any downtown, Garvin shares brief accounts--of both successes and failures--of what individuals with very different objectives have done to change their downtowns. The final chapters look at what is possible for downtowns in the future, closing with suggested national, state, and local legislation to create standard downtown business improvement districts to better manage downtowns. This book will help public officials, civic organizations, downtown business property owners, and people who care about cities learn from successful recent actions in downtowns across the country, and expand opportunities facing their downtown. Garvin provides recommendations for continuing actions to help any downtown thrive, ensuring a prosperous and thrilling future for the 21st-century American city.
If the item details above aren’t accurate or complete, we want to know about it. Report incorrect product info.