The History of the Hudson River Valley - by Vernon Benjamin (Hardcover) 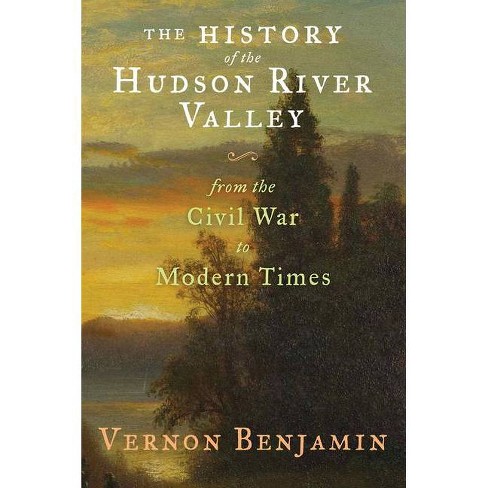 The concluding volume of Vernon Benjamin's acclaimed history of the Hudson River Valley, spanning from the post-Civil War period, through the twentieth century, and into the present day.

Called "thoroughly informative and approachable" by The New York Times, Vernon Benjamin's The History of the Hudson River Valley: From Wilderness to the Civil War presented nearly 250 years of the Hudson River Valley's dynamic past with unmatched richness and detail. And now with The History of the Hudson River Valley: from the Civil War to Modern Times, Benjamin completes his historical account of the region by taking readers from the post-Civil War period into the present day. Here we see the formation of the great estates of the Valley, including the Rockefellers, Sunnyside, and Olana, and the book shows us how the turn to the twentieth century brought a new era of population growth and prosperity to the region. A young Franklin Delano Roosevelt takes his first political steps in the New York senate during this time, and Thomas Dewey's work as the New York State governor morphed him into a viable candidate on the national political stage as well. In short, the twentieth-century Hudson River Valley was a hotbed of wealth, influence, and culture, a vibrant scene of American development as significant as any our country has seen. By taking his narrative all the way into the post-September 11th present moment, Vernon Benjamin finishes his engaging, readable, and comprehensive history of one of America's most significant and culturally important regions. Richly illustrated and meticulously researched, The History of the Hudson River Valley will be the definitive text on the subject for years to come.

Vernon Benjamin has lectured on the history of the Hudson Valley at Marist College and Bard College since 2003. He holds a Masters in Literature from Long Island University and a Bachelors in Sociology from Siena College. A former editor of the New Saugerties Times, he has written extensively on the Hudson Valley for various publications and has appeared on C-SPAN. He lives in Saugerties, New York.
If the item details above aren’t accurate or complete, we want to know about it. Report incorrect product info.