The Hunger Between Us - by Marina Scott (Hardcover) 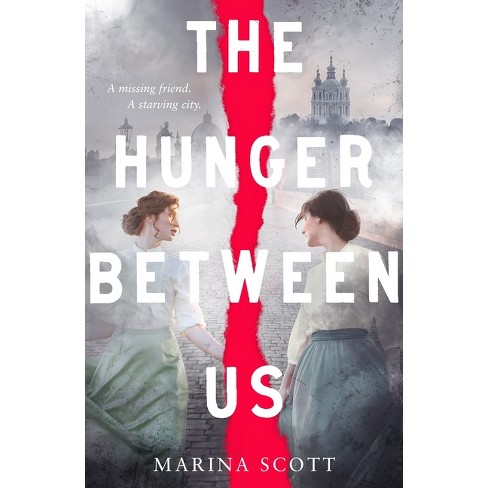 For fans of Elizabeth Wein and Ruta Sepetys, an absorbing, fast-paced YA debut novel from Marina Scott about a girl's determination to survive during the Nazi siege of Leningrad--and to save her best friend from a horrible fate.

There are some lines that should never be crossed--even in a city ruled by hunger. The black market is Liza's lifeline, where she barters family heirlooms and steals whatever she can get her hands on just for enough food to survive. Morality, after all, has become a fluid thing since the Nazi siege has cut off her city from the rest of the world. Hope for a quick liberation is obliterated as the Soviet government focuses on sustaining the Red Army and not the city, subjecting its people to unimaginable cruelties at the hands of the secret police. When Liza's best friend Aka proposes that they go to the same bullying officials, rumored to give young women food in exchange for "entertainment," Liza thinks there surely must be some other way. Then Aka disappears and Liza resolves to rescue her no matter the cost, entangling herself in an increasingly dangerous web with two former classmates, one a policeman, the other forced to live underground. The Hunger Between Us is an absorbing novel about being trapped with impossible choices and the bonds of love that are tested along dangerous paths.

Marina Scott was born and raised behind the Iron Curtain in Vilnius, Lithuania. She graduated from a local university with a Master's degree in library science, but a short stint in a Soviet library changed her mind about being a librarian in the U.S.S.R. She immigrated to the United States in 2000 and now resides in Salt Lake City.
If the item details above aren’t accurate or complete, we want to know about it. Report incorrect product info.