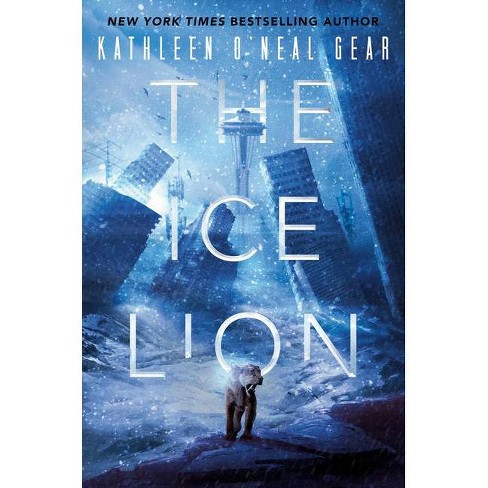 Teen members of a group of archaic humans, Lynx and Quiller, flee the increasing coldness and monstrous predators for a new land, where they meet a strange old man who tells them how to save the world.

This cli-fi novel from a notable archaeologist and anthropologist explores a frozen future where archaic species struggle to survive an apocalyptic Ice Age One thousand years in the future, the zyme, a thick blanket of luminous green slime, covers the oceans. Glaciers three-miles-high rise over the continents. The old stories say that when the Jemen, godlike beings from the past, realized their efforts to halt global warming had gone terribly wrong, they made a desperate gamble to save life on earth and recreated species that had survived the worst of the earth's Ice Ages. Sixteen-summers-old Lynx and his best friend Quiller are members of the Sealion People--archaic humans known as Denisovans. They live in a world growing colder, a world filled with monstrous predators that hunt them for food. When they flee to a new land, they meet a strange old man who impossibly seems to be the last of the Jemen. He tells Lynx the only way he can save his world is by sacrificing himself to the last true god, a quantum computer named Quancee.

Praise for Kathleen O'Neal Gear O'Neal Gear brings a historian's flair for details to the dig site and manages to keep her present-day story from becoming overshadowed by ancient Egyptian myth with convincingly flawed young protagonists and numerous red herrings surrounding Cleo's murder. --Publishers Weekly As Egyptian and Roman ghosts and demons haunt the narrative from the first page, readers will not be quite sure what is true and what the characters are imagining. History-lovers will enjoy Hal's incredible journey. --Booklist I loved this book. It not only was a fantastic story with well-developed characters, an engrossing backdrop and enough suspense to keep the reader turning page after page, but it also gives the reader an education about ancient Roman Egypt. --Black Gate Magazine

Kathleen O'Neal Gear is a New York Times-bestselling author and nationally award-winning archaeologist who has been honored by the U.S. Department of the Interior and the United States Congress. She is the author or co-author of 50 books and over 200 non-fiction articles. Her books have been translated into 29 languages. She lives in northern Wyoming with W. Michael Gear and a wily Shetland Sheep dog named Jake.
If the item details above aren’t accurate or complete, we want to know about it. Report incorrect product info.