The Innocent - by Ian McEwan (Paperback) 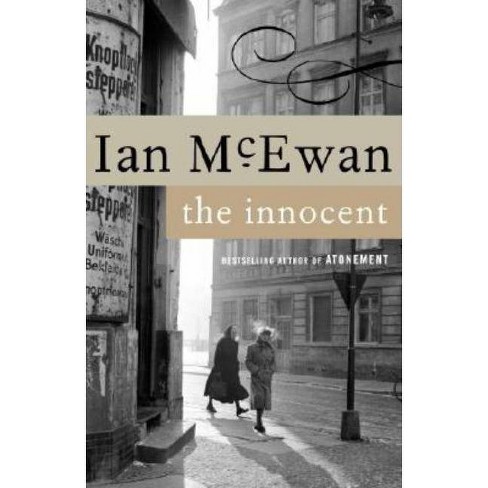 A member of a British-American surveillance team in Cold War Berlin finds himself in too deep in this masterful work from the author of Atonement. Twenty-five-year-old Leonard Marnham's intelligence work--tunneling under a Russian communications center to tap the phone lines to Moscow--offers him a welcome opportunity to begin shedding his own unwanted innocence, even if he is only a bit player in a grim international comedy of errors. His relationship with Maria Eckdorf, an enigmatic and beautiful West Berliner, likewise promises to loosen the bonds of his ordinary life. But the promise turns to horror in the course of one terrible evening--a night when Marnham learns just how much of his innocence he's willing to shed.

Deft, taut fiction. . . . Many English writers have been compared to Evelyn Waugh, often wrongly, but this book can stand with the master's best. --Time

So exhaustively suspenseful that it should be devoured at one sitting. . . . McEwan fuses a spy-novel plot with themes as venerable as the myth of Adam and Eve. --Newsweek

Has the spooky, crooked-angled, danger-around-every-corner feeling of a Carol Reid film. It reminded me often of The Third Man and that is no mean feat. --Jonathan Carroll, The Washington Post Book World

Ian McEwan is the bestselling author of seventeen books, including the novels Nutshell; The Children Act; Sweet Tooth; Solar, winner of the Bollinger Everyman Wodehouse Prize; On Chesil Beach; Saturday; Atonement, winner of the National Book Critics Circle Award and the W. H. Smith Literary Award; The Comfort of Strangers and Black Dogs, both short-listed for the Booker Prize; Amsterdam, winner of the Booker Prize; and The Child in Time, winner of the Whitbread Award; as well as the story collections First Love, Last Rites, winner of the Somerset Maugham Award, and In Between the Sheets.
If the item details above aren’t accurate or complete, we want to know about it. Report incorrect product info.