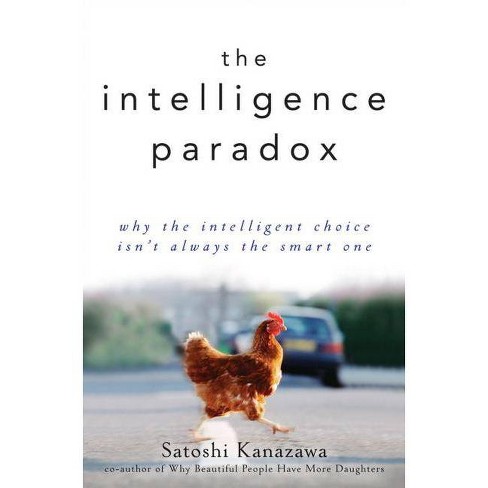 Seventeenth-century political philosopher Thomas Hobbes once observed that intelligence must be equally distributed among humans, because no one ever complained that they didn't get as much as everyone else. Of course, that was before the invention of the IQ test prompted a series of objections that the tests were biased and/or inaccurate, that intelligence can't really be measured, and that there are multiple types of intelligence. For well over a century, intelligence and what it means have been the source of endless controversy. Here comes more.

At its core, Kanazawa's message is that intelligence, while certainly an asset, is one human trait among many, and it is in no way a measure of human worth. He reveals how the purposefor which general intelligence evolved--solving evolutionarily novel problems that were rarely encountered during life on the savanna--allows us to understand why the most intelligent people have the particular values and preferences they have. He also explains why, despite their huge brains, the most intelligent people are often less successful than their less intelligent relatives at solving life's most important problems.

Intersecting the fields of evolutionary psychology and intelligence research, The Intelligence Paradox is guaranteed to change the way you think about all that thinking you do.